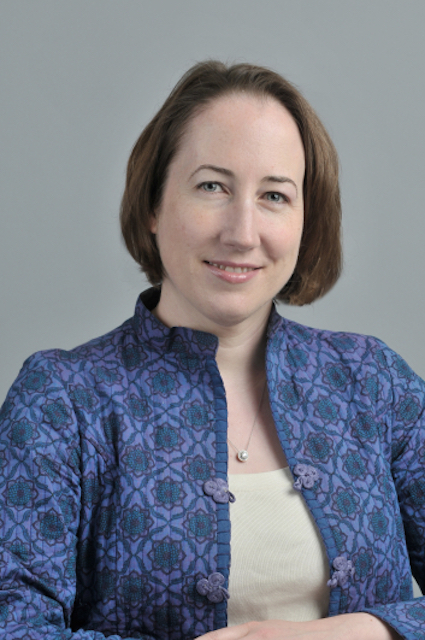 Teaching is a fairly private experience, which may be an odd thing to say about something we do in front of a large group of people. Beyond talking with colleagues (both in person and in the very useful space Facebook provides to gather teaching advice), there are too few opportunities to see or hear what happens in other people’s classrooms, which is why I was looking forward to reading the essays in Teaching Legal History: Comparative Perspectives. The volume, an expansion of a special volume of the American Journal for Legal History, includes 63 short essays by law professors about how they teach legal history (and one longer essay on the history of teaching legal history in law schools). Some of the contributors have been trained specifically as legal historians, while others came to legal history teaching later in their careers. (Only thirteen of the 65 contributors are women, which raises questions either about the selection of contributors or about law school hiring more generally.) I should state here that I know several of the contributors to this volume—not surprising, as American legal history is my own research field.

There is significant breadth among the 63 essays (although not a lot of depth; by design, most are approximately four pages long). Taken together, they indicate the diversity of legal history courses and methods. Courses discussed range from the standard survey of American legal history to specialized courses on law in the Civil War, Latin American legal history, the history of corporate law, and the legal history of Hawaii. Some authors strive for coverage (some courses cover American legal history since Reconstruction, while others begin with the American Revolution, the Magna Carta, or ancient Mesopotamia); many others focus their courses on students’ own research papers. (I was impressed by how many contributors have their students tackle independent research in local and online archives.) Most contributors assign at least some primary sources (and many use primary sources almost exclusively); it is clear that the ease of gathering primary sources (through online databases and archives) has allowed many to complement or move beyond the few casebooks/sourcebooks that dominate the market. Several other contributors focus instead on secondary materials, and it was encouraging to see many forsake textbooks to expose students to the extremely vibrant recent scholarship in legal history.

As someone who teaches American legal history at the undergraduate level, I was especially interested in those essays that explicitly discussed how they thought through the syllabus, what the themes of the course were, and what materials they assigned to that end. I particularly appreciated those contributors who named (and offered citations to) the primary and secondary sources they use in the classroom. (Amitai Aviram went one better and included a link to his syllabus and course materials for his course on “Evolution of Corporate Law & Finance.”) Herbert Hovenkamp makes a strong argument for bringing intellectual history back into legal history courses (to counterbalance the interest group narratives that have dominated the scholarship). Daniel R. Ernst walks the reader through how he teaches the development of federal administrative agencies and offers concrete examples drawn from the Department of Agriculture, the Bureau of Immigration, and the Agricultural Adjustment Administration. David S. Tanenhaus’s essay on his Brown v. Board of Education seminar offers a detailed guide to managing a course organized around a single case. Arthur F. McEvoy’s essay explains how he organizes the late twentieth century around the rise, and then fall, of the four themes in Footnote Four of Carolene Products: the regulatory state, individual rights, voting, and equal protection. I may well borrow this formulation, and some of the sources he uses (including President Johnson’s commencement speech at Howard University and California’s Proposition 13) the next time I teach this.

Several contributors describe how they place race at the center of their legal history courses. Stephanie Hunter McMahon frames her course as an explicit dialogue between the law of the marketplace and legal categories of class, race, and gender—topics too often taught on separate tracks. Stephanie L. Phillips describes how, in her seminar on Jim Crow, she contrasts the massive expansion of political participation and economic regulation for white interests during the Progressive era with the condition of blacks in the South at the period, indicating that “there is no single American legal history, but a multiplicity of histories.” (P. 188.)

Multiple essays make clear that primary sources can guide a course in interesting ways. James L. Hunt describes how he interests his Georgia students in American legal history by swapping out ubiquitous cases and statutes for local ones. Anders Walker goes further and describes how, by using Missouri examples as a counterpoint to traditional materials, the story itself changes. Similarly, in her course on women’s legal history, Tracy A. Thomas teaches traditional subjects through sources involving women and gender (teaching nineteenth-century market relations through the Married Women’s Property Acts, for example); through these sources she “seeks to reverse engineer that history so that women’s history becomes part of the regular story.” (P. 201.) Including non-legal sources alongside cases, statutes, and treatises further broadens the story; McEvoy pairs the Civil Rights Cases with a sociological study of lynching, while Jason A. Gillmer teaches Harriet Jacobs’s Incidents in the Life of a Slave Girl and the art of Kara Walker alongside Dred Scott and State v. Mann in his course on “Race and the Law: Slavery, Jim Crow, and the Conquest of the American West.” Catherine J. Lanctot and J. Gordon Hylton are among those who describe how they use movies and videos (inside and outside the classroom) to dramatize the legal issues they teach, and Timothy J. Innes describes his use of paintings, photos, plays, and literature to make clear the relevance of the material outside the courtroom.

A common thread through many of the essays was the question of how to justify teaching legal history in law schools as they increasingly turn toward practice-oriented skills. The authors agree that it should be taught, but offer different reasons why. Some argue that legal history offers law students a different perspective from that of doctrinal courses. Christian G. Fritz, who teaches legal history as a 1L course, argues that the course “challenges students to become ‘flying fish’ who rise above the legal sea they find themselves in and attain a critical perspective from which they are encouraged to ask what they are doing in their other first-year classes, how they are doing it, and why they are doing it.” (P. 20.) Legal history thus demonstrates to law students that legal rules and doctrines exist in context; that law is neither static nor autonomous, and changes in reaction to political, economic, and social forces (or, as John V. Orth puts it, “past performance is no guarantee of future results” (P. 36)); and that law does political, economic, social and cultural work of its own (that future lawyers should be aware of and take responsibility for).

Others focus on the skills legal history students learn, arguing that reading diverse sources and making sense of conflicting narratives is central to legal training, whatever the subject. Howard Bromberg asks his students to write briefs and oral arguments regarding historical disputes (including the trial of Anne Hutchinson, Johnson v. M’Intosh, and the investigations of the House Un-American Activities Committee). As he argues, both history and law “marshal evidence from past events to draw logical conclusions, to argue for theses, and to recreate compelling stories that render human actions of yesterday meaningful for today.” (P. 278.) Richard A. Paschal argues that historical research “is much like the document review that any practicing lawyer would conduct.” (P. 107.) Gregory F. Jacob co-teaches a course that focuses on a different historical decade each term (so far, the 1790s, 1820s, and 1880s) and requires students to engage with contemporary primary sources to understand what it means to be a lawyer in that period (how to get a legal education, how to file a lawsuit, how to appeal, etc.). As he argues, students do not just learn legal history; “I can honestly say that a seminar like ours provides a real opportunity to transmit more knowledge to students about how to practice law than perhaps any class I ever took in law school.” (P. 256 [emphasis in the original].)

Others argue for the importance of teaching law students the differences between making historical arguments and making legal arguments based in historical materials. Several authors demonstrate how they push their students to read as historians, letting arguments emerge from primary sources rather than looking through primary sources for evidence of a claim. Peter L. Reich has his students compare historical scholarship to an amicus brief so that “the class can thus evaluate the benefits and pitfalls of deploying historical evidence for a litigation goal[.]” (P. 240.) As several authors argue, understanding historical complexity is critical for lawyers who are often pushed in the other direction. William G. Merkel’s course on the drafting history of the U.S. Constitution forces students to grapple with the fact that there may be no single authoritative interpretation of any part of the Constitution. Evan C. Zoldan hopes that students immersed in primary sources “have learned to become more comfortable with the ambiguity inherent in historical as well as in legal analysis. I explain that it is in the realm of the ambiguous that lawyers make their mark.” (P. 111.)

Finally, some reject this question altogether. Christopher Tomlins finds that students in his course (which he models on a graduate school seminar) are “freed to enjoy the intellectual experience of reading and discussing intelligently-written material unconstrained by the necessity that it be directly ‘relevant’ to bar admission.” (P. 62.)

Overall, while I do wish that many of the essays had offered more details (and syllabi, or links to syllabi), this is a valuable volume for anyone teaching or thinking about teaching legal history (especially those without graduate training in legal history).