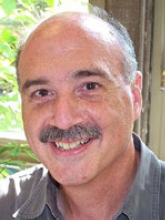 The November 2011 issue of the Law and History Review is devoted to an illuminating symposium on new directions in the study of slavery, edited by Rebecca Scott.  The symposium includes an amazing article by Natalie Davis.  Since this is a blog devoted to enthusiasms, indulge me as I indulge myself.

I am a historian today in large part because of Natalie Zemon Davis.  Back 44 years ago, as an undergraduate at Carleton College, I had just decided that I would try to be a music major because I had decided, in my naiveté, that historians were boring people.  And then I was talked into going to hear a visiting speaker — a Professor Davis from Toronto — who made sixteenth century strikes in Lyons sound so fascinating and who, unlike anyone I had heard to that point, took her audience into the process of thinking reflexively about history. I was hooked.  I changed my major.

Fifteen or sixteen years later, while teaching at the University of Wisconsin, and in the midst of a crisis of confidence about what I was doing as a historian in a law school, I heard Davis’s Curti lectures on the gift relationship.  I felt renewed — challenged and inspired.  And then (I knew there would be one more “then”), I had the privilege — the gift — of being her colleague for a half dozen years, before Davis “retired” from Princeton.

Now, many years beyond her official “retirement,” Davis publishes “Judges, Masters, Diviners: Slaves’ Experience of Criminal Justice in Colonial Suriname,” as part of her continuing inquiry into slaveholding and the lives of slaves in the Dutch colony of Suriname.  Her larger project of reconstructing life in early modern Suriname has required her to learn new languages and literatures.  It has resulted in provocative and illuminating studies of the ironic situation of Jews who moved to Suriname to found a radically free place for themselves and who then, of course, became slaveholders.  But the Law and History Review article pursues a different question, about the various meanings of what “criminal law” meant in a radically violent slave society.

The argument is complex and multifaceted, and it rests on readings of an amazing range of sources in many different languages.  It offers a brilliant and imaginative exploration of legal pluralism as it would have been experienced in a place defined by radically unequal power relations — how slaveholders punished slaves, how the weak state punished or contemplated punishing an occasional, excessively violent slaveholder, and how members of the slave community thought and talked about punishment and criminality.  As befits someone whose scholarly work has for the most part been located in early modern Europe, there are continuing references to the European social history of crime and also reflections on why the violence in places Suriname played no part in the official European legal culture.

The opening pages pursue a relatively conventional and conventionally horrific portrait of the violence and cruelty of punishments that slaveholders visited on slaves in early eighteenth century Suriname.  The illustrations (better viewed on line than in the paper version of the review) are marvelous, but to this point the story told is one that readers in the global slavery literature will have heard before — about sadism and brutality and unconvincing rationalizations.

But then the essay confounds the reader by asking her/him to contemplate what slaves would have understood as punishable offenses and how they would have punished offenders.  And there follows a dizzying exploration of the relationships between ordeals and tortures, and of the multiplicity of legal traditions and practices that shaped this confused and confusing place, Suriname.

The very notion of combining a portrait of what slaveholders called “punishment” for “crimes” with sketches of what Africans would have understood at that time as legitimate punishments for harms done to others leaves the reader slightly queasy and uncertain.  There is something odd or disruptive about asking what were legitimately punishable wrongs, in a context filled with so much sadistic violence.  Still, to “do” history from the “bottom up” means presuming that the slaves themselves carried understandings of criminality and criminal justice.  It might be easier just to leave captured Africa slaves as victims of white power.  Davis, however, leads the reader to ask harder questions: How would recently captured Africans have understood criminality? How might they have meant to police themselves? What would they have regarded as legitimate punishments for harms done to others within their communities?

This is a work at the cutting edge of so many subfields of history.  And yet, at the same time, it is a fascinatingly old fashioned work.  Old fashioned in one particular sense: it is framed by an optimistic (a hard word to use in the context of what is being explored) commitment to the exercise of the historical imagination and to the partial knowability of historical pasts.  For Davis and her readers, torture and punishment — the manifest content of what happened in eighteenth century Suriname — become something more than discursive constructs.  To read Davis is to read something more than a reporting on the contexts of texts.  It is to experience and to imagine killings and tortures authorized by the state and by the controlled and out of control violence of slaveholders.  It is also to remind the reader that the task of understanding historical subjects, of imagining them in their present tense, requires one to reconstruct their memories, their pasts, and their inherited practices.  Their present — their real lives at a particular historical moment — incorporates many histories (including many languages and complex understandings), just as ours does.

“Judges, Masters, Diviners” is a triumph of the moral and historical imagination.