Faustian Bargain? American State Formation and the Crisis of Legitimacy

Gary Gerstle, Liberty and Coercion: The Paradox of American Government from the Founding to the Present (2015). 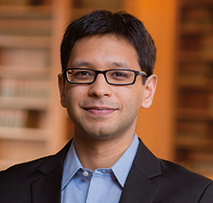 As a field, legal history has long been centrally concerned with the patterns and trajectories of American political development and state formation. In his recent book, Liberty and Coercion: The Paradox of American Government from the Founding to the Present (Princeton University Press, 2015), Gary Gerstle offers a compact and highly readable synthesis of the long arc of the battles over the idea of a strong and central American state, from the constitutional founding through recent clashes between the Obama administration and the Tea Party. Gerstle and his work are of course well-known in the field. In this new book, he offers a cautionary narrative about this long process of state formation, and how it has set in place pathologies that fuel recurring crises of governance and legitimacy.

The central premise of the book is that there is a fundamental tension baked into the legal and constitutional structure of American government: the congenital unease with a powerful state on the one hand (“liberty”) and the starting premise of unchecked “police power” on the part of state governments (“coercion”) on the other. A powerful federal state was, in theory, at odds with both of these principles, endowed with specific enumerated powers in the Constitution rather than general police powers, and restrained by both constitutional and normative commitments to individual liberty. Law and the Supreme Court play a central role in Gerstle’s narrative, as the source of the original constraints on expansive federal power—and thus the key arena in which statebuilders had to innovate forms of modern, centralized governance that could navigate these tensions between liberty and coercion. In Gerstle’s account, the federal government gained its modern powers only in response to a trio of crises that prompted shifts in the basic structure of governance: the Great Depression, the “total war” mobilization of World War II, and the civil rights movement. As a result, the federal government suddenly found itself possessing a degree of fiscal and legal authority previously unknown in the early republic.

By taking as a starting point both of these premises of the early American republic, Gerstle usefully reframes the narrative of American state formation away from an older tradition of focusing on the battles between libertarian and centralizing tendencies. Instead he presents the problem of American governance not as one over whether there should be strong governmental presence, but rather in what form. In this, Gerstle calls out to and builds on many of the advances in legal history over recent decades, highlighting the expansive role of state police power, and the ways in which federal and private actors engaged in state-like governance functions throughout the republic. For Gerstle, the American state is not weak per se—it develops genuinely powerful capacities—but it does so in ways that generate chronic problems of capture (the undue influence of special interest groups), and related problems of governmental unaccountability and illegitimacy.

Indeed, where Gerstle’s account offers its most helpful contribution is in developing a framework and critique of the strategies employed by statebuilders to overcome the constitutional compromises of the founding. For Gerstle, the emergence of centralized federal power is a product of “improvisation rather than transformation.” (P. 5.) Gerstle defines three distinct improvisational strategies by which statebuilders expanded federal power, despite the limits of constitutional authority and normative hostility: exemptions, where the Supreme Court creates carve-outs for expanded federal power outside of the bounds of ordinary Constitutional limits, such as in cases of emergency, rebellion, and, increasingly, foreign policy; surrogacy, where the Court extends a de facto federal police power through other routes such as an expanded Commerce Clause power from the New Deal onwards; and finally privatization, where the powers of the federal state are magnified and implemented through improvised public-private partnerships, from deputizing corporations and businesses in providing safety-net protections to co-regulation, to public-private utilities.

These three strategies comprise the common thread throughout Gerstle’s narrative. Thus, conventionally “state-like” functions are in Gerstle’s account structured through a tradition of “reliance on private citizens to do public work,” from militia to voluntary organizations. (P. 122.) Even in the New Deal expansion of federal power under the pressures of the Depression and World War II, Gerstle highlights these strategies in play. After decades of mobilization and activism, farmers found a willing partner in the Agricultural Adjustment Act (AAA), which creates a vast regulatory and safety-net apparatus, but continues to take shortcuts such as privatizing benefits by making them contingent on full-time employment. Similar improvisational compromises shaped the rise of the twentieth-century labor regime as labor leaders like Samuel Gompers stressed “private regulation” through collective bargaining. (P. 221.) These compromises were necessary to overcome the historical distrust of federal power, and to respond to ongoing social conflict over the substantive goals of state action–whether over issues of racial integration or worker empowerment. But the irony of these strategies of state formation for Gerstle is that they seeded the very crises of legitimacy that now cripple twenty-first-century American governance. Meanwhile, the exemption of many war-related functions from constitutional limits has helped enable the rapid growth of the surveillance and security state. (P. 278.)

This sense that statebuilders paid a dangerous price is most vividly illustrated by Gerstle’s recurring critiques of the political system. For Gerstle, the original sin of American public administration is that it was a product of these improvisational state-building strategies of exemption, surrogacy, and privatization. Political parties, for example, became the critical connective tissue of government across federal, state, and local levels, a necessary kind of political infrastructure and an “arm of public administration” needed to overcome the decentralized and coalitional nature of American politics, yet they remain private organizations, perpetually embedded in networks of donors, funders, and private interests. (P. 154.) Captured civil service is similar: though the civil service did grow and bureaucratize, it remained a relatively low-capacity system, dependent on private collaboration and support to execute governmental imperatives. (P. 176.)

These compromises laid the groundwork for the modern American state’s multiple crises of legitimacy. Throughout Gerstle’s historical narrative, he correctly presents racism as a central driver of opposition to attempts to expand federal power. But Gerstle seems to suggest that the aspiration to construct and defend white supremacy and racial segregation—whether formal or informal—dovetailed with more practical and legal resistance to these strategies for statebuilding. Exemption, surrogacy, and privatization were “not sufficient to bestow on the federal government constitutional authority commensurate with its expanded power.” (P. 8.) The problem was not just one of legal authority, but rather a deeper problem of legitimacy. As Gerstle explains:

Improvisation was a source of weakness as well as strength. The government’s heavy reliance on privatization made its agencies chronically susceptible to the influence of private and frequently monied interests. … Meanwhile, the excessive use of exemption eroded the liberal basis of the republic by sparing large swaths of government from constitutional scrutiny. And too great a use of surrogacy made the central government vulnerable to the charge of indirection.

These very real concerns about capture, accountability, and legitimacy stem directly from the use of strategies of exemption, surrogacy, and privatization. But the use of these strategies also provided a fertile substrate for ongoing racialized attacks on the use of state power to promote racial integration and equality. Thus by the 1970s, “three distinct grounds of opposition to a large, centralized state— pragmatic, racial, and libertarian— coalesced” to form the modern conservative movement. (P. 318.)

So what then are twenty-first-century statebuilders to do? Gerstle closes his book by calling for a frontal engagement with the Constitution itself. Constitutional text—and more importantly, public constitutional discourse—must openly embrace the modern demands of government rather than grounding the functions of a modern state on the stop-gap strategies of exemption, surrogacy, and privatization. Constitutional amendments would be ideal, Gerstle suggests, but even if amendments do not come to pass, engaging head-on in a public argument for a more expansive understanding of constitutional powers and purposes will create greater discursive space for law, policy, and politics. (P. 351.)

This call for a richer constitutional discourse will resonate with similar appeals from constitutional law scholars responding to the politics and inequities of the Great Recession era. Gerstle’s narrative raises (but does not directly resolve) a number of tensions in understanding the challenges of statebuilding: the role of movements, ideas, and policy innovators to expand state power on the one hand, and legal restraint in the form of Constitutional text, doctrine, and discourse as understood by the Supreme Court on the other; the tension and fusion among racial, libertarian, and pragmatic critiques of statebuilding strategies; the at times ambiguous relationship between aspirations to greater federal power and values of democracy, inclusion, and economic or social justice. These are the very tensions that animate the policy battles of today’s Great Recession. Today’s reformers, advocates, and policymakers are in the process improvising new modes of governance and statebuilding. Whether they will repeat, or remedy, the dynamics described by Gerstle remains to be seen.

Cite as: K. Sabeel Rahman, Faustian Bargain? American State Formation and the Crisis of Legitimacy, JOTWELL (February 6, 2017) (reviewing Gary Gerstle, Liberty and Coercion: The Paradox of American Government from the Founding to the Present (2015)), https://legalhist.jotwell.com/faustian-bargain-american-state-formation-and-the-crisis-of-legitimacy/.