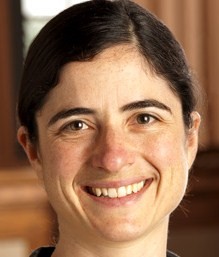 While histories of the United States are just beginning to creep into the 1980s, Daniel Rodgers has produced a panoptic intellectual history that takes his readers into the twenty-first century. As someone who came of age in what Rodgers compellingly titles the “age of fracture,” I found it disconcerting to read about my own intellectual development in a history book. Okay, what I really mean is that it made me feel old. But I suspect that it would make Rodgers happy to learn that his book stretched out and rematerialized time for this reader. After all, coursing through the book is dismay at how the abstraction of time and discounting of history has impoverished everything from economic to political theory. In other words, his book is, in part, a historian’s lament, and it should appeal to historians for this reason alone. The Age of Fracture is also a meditation on the causes of America’s current tattered social welfare state, a capstone to the story begun by Rodgers in his equally breathtaking Atlantic Crossings: Social Politics in a Progressive Age (1998). Legal historians should take particular interest in the book. It places in historical context a number of trends in legal thought, from law and economics to originalism.

Rodgers argues that during the closing decades of the twentieth century, liberals’ and conservatives’ concepts of power, time, identity, wealth, and community fragmented, becoming thinner, smaller, and more malleable. Individual choices replaced historical and structural forces as explanatory variables. Rodgers deftly interweaves trends from across the political spectrum. He argues that the Foucauldian turn among leftist academics was of a piece with conservatives’ embrace of rational choice theory (both trends dematerialized power). Colorblind constitutionalism, Rodgers also contends, shared implications with black intellectuals’ “celebration of paradox, improvisation, and hybridity” in 1990s race theory (both discounted the heavy hand of the past in shaping the present). (140)

In The Age of Fracture, ideas, economies, and public policy are both causal engine and historical effect. According to Rodgers, a new age of ideas dawned because reigning economic theories failed to explain or ameliorate the stagflation of the 1970s. The resulting crisis created an opening for previously peripheral ideas like Milton Friedman’s monetarism and new ones like supply-side economics. Rodgers attends to how markets drove ideas in more implicit and localized ways as well, arguing, for instance, that poststructuralist theory became dominant among feminist scholars because it allowed women breaking into the academy to vie discursively in continental-theory-heavy, male-dominated faculties. But if economics drives ideas, ideas drive policy. Rodgers traces carefully the way theories of the micro, the plastic, and the volitional on the left and the right eroded support for an interventionist state. Thanks to both libertarian and communitarian theory, for example, “[t]he domain of citizenship, which had expanded in the post-World War II years, . . . began to shrink.” (198) Public policy, in turn, shaped economies, a point driven home by a devastating account of the shock therapy that transition economics prescribed for Eastern Europe’s emerging nations during the 1990s.

The legal academy should feel validated by The Age of Fracture. It is represented in nearly every chapter of the book (more attention, I should note, than historians receive). Rodgers also depicts legal theory as a driver of intellectual trends, not merely an echo of innovations in the social sciences and humanities. Law and economics features prominently in his chapter “The Rediscovery of the Market,” colorblind constitutionalism and critical race theory in “Race and Social Memory,” employment discrimination and critical legal studies in “Gender and Certainty,” hate speech and communitarian-driven education policy in “The Little Platoons of Society,” and originalism in “Wrinkles in Time.” The primary intellectual histories of twentieth-century legal thought, Laura Kalman’s The Strange Career of Legal Liberalism (1996) and Morton J. Horwitz’s The Transformation of American Law, 1870-1960: The Crisis of Legal Orthodoxy (1992) are less concerned with the broader intellectual contribution of legal scholars, with Kalman focusing on the impact of intellectual trends on legal thought and Horwitz focusing on the impact of legal thought on the law. This makes The Age of Fracture not only an appealing book for legal academics, but an important book for legal historians.

To give a taste of what you can expect, Rodgers has an almost subversive account of originalism. It was, Rodgers argues, “Constitutional conservatism’s flirtation with timelessness.” (242) For Rodgers, originalism, despite its practitioners’ excavation of historical sources and efforts to divine the historical meaning of language, has much in common with postmodern and deconstructionist theory. Rodgers contends that end-of-days fiction like Tim LaHaye’s Left Behind series laid the ground for conservatives to accept originalism, because both “short-circuit[ed] time” by “making not only the past but the future immediately accessible to the present.” (231) In this deft move, Rodgers synchronizes originalism’s promise to transport us back to 1788 or 1868 with the temporal pastiche found in postmodern aesthetics. Originalism, Rodgers observes, marked a change in conservatives’ relationship to time. Traditionally associated with Burkean incrementalism and stability, conservatives now sought to “to locate a trap door through which one could reach beyond history and find a simpler place outside of it.” (241) For conservative constitutionalists, as for transition economists, Rodgers suggests, trying to “slip[] instantly across time” in the name of stabilization could have profoundly destabilizing effects. (241)

Rodgers’s reading of originalism or of the age of fracture is not the final word. The splitters among us could look at all Rodgers has lumped together and find far more difference than similarity (this might be missing the point, however: bold and sweeping synthesis, Rodgers implies, is what is needed in an age of fracture). The book, however, is an incredibly well-crafted and provocative offering, one that prods legal historians to look for counterintuitive connections and to place legal thought in the broader swim of ideas. If it sounds intriguing to ponder what Robert Bork and the Crits, not to mention Charles Murray and Judith Butler, had in common, The Age of Fracture is the book for you.