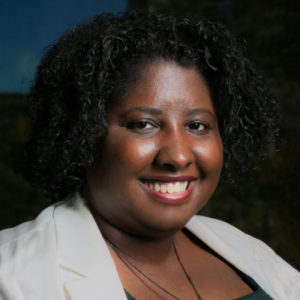 Every law student worth her salt has read, or at least heard of, Oliver Wendell Holmes and The Common Law.1 His formulation of the reasonable man (or, as we call it now, reasonable person) standard structures the foundation of the law school curriculum. Susanna Blumenthal’s Law and the Modern Mind sheds light on a curious figure lurking behind that reasonable man – the “default legal person,” a phrase of Blumenthal’s creation. The default legal person standard, the determination whether people were mentally competent and thus legally responsible, “stood at the borderline of legal capacity, identifying those who were properly exempted from the rules of law that were applicable to everyone else.” (P. 12.) This quirky character “effectively delimited the universe of capable individuals who could be made subject to the prescriptive authority of the reasonable man…. [He] was supposed to remain at the margins of the common law, standing for the presumption of sanity that, jurists expected, would be warranted in most cases.” (Id.) On the one side lay rationality and legal responsibility; on the other, madness and legal exoneration. It was up to jurists, with the aid of mental health doctors, to discern the difference between the two, and therein lies the project of Blumenthal’s book.

When scholars have examined the mind and the law, they have largely centered their investigations upon the criminal law and the lurid, sensational insane murderer. Blumenthal turns our attention instead to private law, where mental capacity suits were “a common occurrence.” (P. 10.) While these cases were less bloody than their criminal law counterparts, they nonetheless spilled over the pages of the press, created voluminous records, and tied judges in evidentiary knots.

Surveying an astounding number of private capacity suits, Blumenthal traces the life and times of the default legal person from the late eighteenth century to the beginning of the twentieth century. In an area where legal history scholarship tends to emphasize socioeconomics as the engine of change (P. 16), Blumenthal offers a marked intervention. She looks to religion and science in her exploration of the mind, arguing: “the oft-noted ‘concern for objectivity’ in this period had deeper spiritual roots and higher ideological stakes than previous scholars have recognized” (Id.).

The book begins with early republic lawyers, doctors, and other elites grappling with the repercussions of the potential freedom of the new United States and also a new prevailing philosophy of mind. The self-governing individual of Scottish Common Sense philosophy provided the model for the default legal person in American jurisprudence, with mental capacity determining legal liability. This optimistic ethos replaced Calvinism, which was ordered by divine intention of human behavior and innate human corruption. At the same time, doctors within the emerging field of medical jurisprudence pushed an increasingly capacious idea of mental disorder. These twin developments – that mental capacity is foundational to legal liability and that insanity encompassed a wide variety of behavior – spurred the legal confusion that subsequently occurred. Litigants and their lawyers took advantage of the voluminous medical jurisprudence to throw into doubt their mental competency, and thus their legal liability.

Part two of the book examines this legal and medical tangle from the vantage point of legal doctrines, from wills to torts. Blumenthal surveys thousands of cases, mostly involving propertied white men, and highlights the dilemmas that jurists faced when trying to create a unified theory of the default legal person. If jurists produced too broad a definition of legal incompetency, then legal responsibility went out the window. At the same time, though, jurists wanted to protect the truly incompetent from legal liability. Could the self-governing man also perform unreasonable actions? Ultimately, jurists had to answer “yes” in order to preserve a robust understanding of legal responsibility. The default legal person remained a hurdle, but a low one to clear.

By the 1870s, it was clear that the tangled jurisprudence of mental competency led to no clear standard of legal liability. The initial receptivity by judges to medical jurisprudence in the courtroom gave way to skepticism over contradictory and capacious treatises and alarm that the growing field of insanity would fundamentally undermine the very notion of legal responsibility. Ultimately, Blumenthal writes, “courts adopted frankly pragmatic models of legal personhood, drawing a distinctly legal definition of sanity and human agency.” (P. 142.) Strikingly, this forced them to conduct highly individualistic and fact-intensive investigations as a way to identify insane litigants. This insight is an important rejoinder to the scholarly consensus that at the end of the nineteenth century the law was moving towards more objective standards and bureaucratic proceedings.

Blumenthal’s insightful and groundbreaking work opens up considerable and exciting ground for further scholarship. It would be interesting to compare her account of the legal and medical jurisprudence on mental competency with more plebeian understandings of mental competency. How did ordinary witnesses in the cases she investigates, for instance, frame their accounts of litigant competency? How did newspaper accounts differ from elite formulations of insanity? Perhaps class is one of the main explanations for the legal/medical confusion. It might have been that when elites surveyed the American landscape, they worried about creating legal methods and describing medical means to contain what they saw as the out-of-control masses. Their accounts were necessarily voluminous as they tried to catalogue all of the different types of alarming behaviors they observed. When it came to a particular case, however, especially when it involved prosperous white men like themselves, jurists were perhaps less likely to deny the litigant his mental and legal freedom.

Blumenthal’s book also offers a great resource for scholars interested in exploring the issue of the mind from the angle of race and gender. For example, several of the cases in the will section of the book concern white men who were charged with insanity for bequeathing property to black women who were their illicit sexual partners. Their purported insanity therefore reflected denial of the social reality that white men had sexual relationships and children with black women, including black enslaved women. Fundamentally, jurists and doctors had to figure out how to delineate within the law a space for the quirky white man, one who made mistakes, surprised people, did silly things – in short, acted like an actual person. This space of mental freedom, however, was for a privileged group. White women and people of color were bracketed out of this mental landscape and classified as mentally incompetent according to treatise literature. Their mental and legal subordination stands in sharp contrast to the default legal person, who ostensibly supplied a common legal standard.

Overall, Blumenthal’s book is crucial reading across numerous fields, such as the history of psychiatry, nineteenth-century legal history, and the history of capitalism. For a book that covers over 100 years of legal and medical developments as well as thousands of cases, Law and the Modern Mind is a strikingly brisk and engaging read. Blumenthal’s default legal person will take its place in the legal lexicon next to the reasonable person.