The Legal Borders of the United States

Barbara Young Welke, Law and the Borders of Belonging in the Long Nineteenth Century United States (2010). 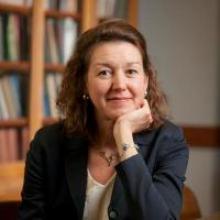 Barbara Welke’s Law and Borders of Belonging in the Long Nineteenth Century United States provides an elegant synthesis of the existing literature on rights and citizenship while also delivering a challenging and original argument of its own. Welke manages this difficult feat by incorporating a wide range of scholarship, beyond the field of legal history, into her analysis.  She then uses that historiographical base to recast the progressive narrative of legal change, which posits a steady extension of rights to previously excluded groups and a consequent expansion in the meaning and reach of citizenship. Instead, she argues that there was firm commitment to conceptions of rights and citizenship that privileged the status of white men at the expense of other, marginalized people. The book is part of the series, The Cambridge History of Law in America, edited by Christopher Tomlins and Michael Grossberg. One of the series’ goals is to provide an accessible introduction to the material, with an eye toward classroom use.  Law and the Borders of Belonging will be a useful teaching tool because its narrative is so gracefully constructed.  But it would be a shame to leave this book to students because it also makes such an important contribution to nineteenth-century legal history.

Law and the Borders of Belonging uncouples rights from citizenship. In so doing, Welke draws on recent scholarship in legal history. But her analysis moves in different directions because of her background in feminist theory, women’s history, and the literature on race, ethnicity, and disability. By separating rights and citizenship, Welke is distinguishing between the positive claims that individuals can make on the state through the legal system and the various demands that the state can make on individuals. Women in the nineteenth century, for instance, did not have the full array of individual rights even though they were citizens. For them and for other Americans who were not white and male, as Welke argues, citizenship implied only responsibilities, restrictions, and regulations. The acquisition of rights resulted not in citizenship, but in legal personhood. Citizenship, however, still gave meaning to legal personhood, because rights, alone, did not always guarantee the state’s protection or support.

Uncoupling rights and citizenship allows Welke to explore the nuances of individuals’ positive and negative connections to the state. Her approach also allows her to explore the relationship between the positive and negative elements of individuals’ relationships to the state—the dynamic to which the term “borders of belonging” refers. Borders of belonging is a purposefully ambiguous concept, rendering unstable what the scholarship now tends to treats as definitive.  As Welke shows, neither legal personhood nor citizenship determined the borders of belonging.  It was a mix of the two that determined the borders. But even possession of both did not always guarantee belonging.

This analytical framework then leads Welke to a very different view of the trajectory of rights and citizenship in the nineteenth century. Instead of focusing on the attainment of rights as the standard by which to measure individuals’ legal statuses and their positions within the nation, Welke focuses on various groups’ actual ability to use the law and to call on the state to defend their interests. The first chapter, “Constructing a Universal Legal Person: Able White Manhood,” deals with those individuals who could use the law and could claim the status of legal personhood. Their status as such determined the meaning of citizenship for them, placing them within the borders of belonging and giving them access to state authority that others did not have. The second chapter, “Subjects of Law: Disabled Persons, Racialized Others, and Women,” focuses on those people were not able to use the law. As Welke argues, these people were not only subjects in law, but also subject to those individuals with the status of legal personhood.  They did not fit within the border of belonging in the same way as white men, even though they were subjects of the law. The third and final chapter then explores the resulting conflicts, as those who were legally disabled sought to obtain the benefits of belonging purported to be universal, but were not. Welke argues that the entire century was marked by continuities that remade existing inequalities so as to exclude and subordinate on the basis of gender, race, ethnicity, and ability. Those inequalities were built into the new republic’s legal system at its birth, and they continued to structure legal statuses and people’s relationships to the state throughout the entire nineteenth century. Even the Civil War, emancipation, and the Reconstruction amendments did not alter the basic structure.

As Welke’s analysis suggests, the progressive narratives of rights and citizenship are problematic because they are based on the impossible. Legal personhood and citizenship, as they were defined in the nineteenth century, are predicated on subordination and exclusion.  As such, they cannot be extended easily, if at all, to those groups of people who were subordinated and excluded. By implication, Welke also raises fundamental questions about the construction of the nation more generally. These larger points build on the analyses of feminist scholars and critical race theorists, who have revealed the gender and racial subtext of the supposedly universal liberal subject. It is Welke’s command of the evidence that makes her analysis so compelling. Her larger claims emerge from her explication of the material so that readers see familiar dynamics in very different terms. Law and the Borders of Belonging is quietly transformative. Students will think that her take on the nineteenth century is conventional because it is so well done. Their professors will know otherwise.