A Case for Legal History 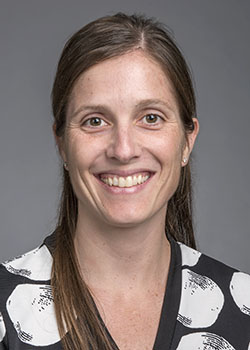 Making a case for the value of legal history on a forum dedicated to the study and celebration of the field might seem unnecessary, but Laura Edwards’s historiographical essay in the Spring 2018 Journal of the Early Republic (JER) is too good not to bring to the attention of legal scholars.

Edwards not only makes the case for the importance of the study of legal history as more than a subfield within larger explorations of the era of the early republic, but also illuminates (or, for legal historians reading the piece, reinforces) just how complicated “the law” was and the role it played in people’s everyday lives. “Law was not the authority to which people deferred,” she insists. “It was the authority they made. As such, it is impossible to understand the early republic without it.” (P. 147.) While these contentions might seem obvious to historians of the law, there is much to gain for specialists and non-specialists alike by reading—and teaching—Edwards’s notable article.

Edwards’s goals in “Sarah Allingham’s Sheet and Other Lessons from Legal History” are twofold. First, she aims to introduce recent scholarship that has moved “beyond the written records, legal officials, and designated institutions that other historians usually rely on to account for [the law’s] presence and influence.” (P. 122.) Second, Edwards challenges the idea that, in the nineteenth century, the law was either “simple” or “straightforward.” (P. 122). It was “the law’s very complexity,” she argues, that “made it more accessible to a wide range of people” (P. 122.) Edwards illustrates her aims through the story of a dispute over a bedsheet in New York City during the early nineteenth century, which she skillfully weaves throughout the essay, and then shifts to a discussion of both well-known and more recent work in the field of legal history.

Despite Hendrik Hartog’s consideration of the law in both “legal institutions” and “the streets of New York” (P. 123) in Pigs and Positivism,1 Edwards suggests that most historians of the era still “[tend] to locate the law within the governing institutions of the state.” (P. 123.) Edwards then discusses the ways in which early Americanists have, since the 1980s, taken a different approach, which has led them to wider studies of law and society. For scholars of early America, the shift away from “concerns with the ultimate emergence of the state” (P. 127) began in the 1980s and continued into the 1990s with a turn that extended both the chronological and geographical boundaries of the field. That turn, Edwards explains, included inclusion of the early nineteenth century and work that examines the persistence of colonialism even after the American Revolution. By the early 2000s, leading legal historians took up the mantle, and in a 2001 edited collection, The Many Legalities of Early America, demonstrated in essay after essay “that law was essential to understanding the colonial past more generally.” (P. 130.) These “scholarly currents” (P. 131) remain relevant in some of the most recent scholarship in what is now, in the late 2010s, referred to as “vast early America.”

Edwards also argues that “scholarship on coverture . . . has changed our understanding of the meaning and operation of legal principles” (P. 132), and dives into an analysis of some of the best existing work on the topic, including work by Holly Brewer, Cornelia Dayton Hughes, Mary Ritter Beard, Michael Grossberg, and others. From there, Edwards elucidates how legal scholars of the nineteenth-century United States have worked to link “[t]he institutional context of the early republic . . . to its colonial past” (P. 134) through investigations of legal institutions at the state and municipal levels. “The post-Revolutionary ‘state,’” Edwards suggests, “now looks far less coherent” (P. 136), as do the “legal relationships between localities, states, and the federal government.” (P. 137.)

In the remaining pages of the essay, Edwards touches on the pervasiveness of the law in the lives of ordinary people with a discussion of existing work on both credit and debt and religion, namely, disestablishment. Legal historians, she states “have moved law well beyond the boundaries that once contained it” (P. 141), and, over the last several years, scholars have started to include just how intertwined the law is with “cultural context.” (P. 142.) Moreover, Edwards’s convincingly argues that “law infused all aspects of life, even the lives of those without resources and with tenuous claims to rights.” (P. 146.)

Edwards’s historiographical examination of the complexities of legal history is both engaging and informative. Therefore, if you’re looking for an up-to-date discussion of some of the most recent scholarship on “the law” and the early republic, trying to find a classroom resource to introduce students to the studies of the law and legal history in that era, or just want a model for how to write an effective historiographical essay, Laura Edwards’s JER article is a good place to start.