A Diplomatic Nightmare and the Growth of American Sovereignty

Lucy E. Salyer, Under the Starry Flag: How a Band of Irish Americans Joined the Fenian Revolt and Sparked a Crisis of Citizenship (2018). 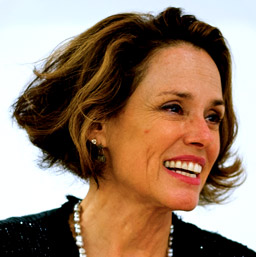 In an era when refugees prize crossing American borders – and when political debates turn on whether to build a “beautiful wall” to stop them – we learn in Under the Starry Flag about a time that the United States lacked the power it has today to alter the citizenship of migrants. Lucy Salyer’s fine monograph tells a story of Irish emigration to the U.S. in British and American law and politics. We learn that the great migrations across the Atlantic in the nineteenth century occurred in something of a legal vacuum. Nobody was quite sure what the consequences of such migration would be. Even if migrants naturalized as American citizens, Britain and other European powers denied that their former subjects had severed their obligations to the homeland. If migrants returned to visit family, they were liable to arrest for failure to serve in the military, for example. If they returned and sought to foment rebellion, they were subject to prosecution for treason. Most people didn’t know this; others learned the hard way.

The Irish immigrants studied here were caught in the crosshairs.  They already objected strenuously to the discrimination they suffered at the hands of American snobs (think, “no Irish need apply”) in the nineteenth century. They dreamed of sticking it to elite Bostonians and New Yorkers. But most of all, they hated the English. They became entangled in transatlantic diplomatic crises that they milked for publicity and personal celebrity. They were unlikely heroes, untutored in the many ways that their actions had crossed tacit boundaries and stirred already troubled waters. But they were stubborn, brave (for the most part), and idealistic. The reader is forced into grudging admiration.

It all started with great foolhardiness. A painfully small (40 men) group of Irish Americans – convinced of their prowess, apparently, by their experience fighting for the Union in the U.S. Civil War as well as news of a (quickly squashed) Irish uprising led by a group known as the Fenians in early 1867 – persuaded themselves that they could liberate Ireland from the cruel oppression of the British. They set sail in a rickety boat and disembarked in Ireland far from their original target, only to be arrested almost immediately. The British government and its emissaries in Ireland were in no mood to treat gently this rag-tag group that brought rifles and revolutionary rhetoric back with them to Ireland. The Irish had made trouble for their overlords for centuries, who in turn had become seasoned and remorseless oppressors, economically (75% of rural Irish lived in dire poverty), culturally (English-language only national schools), and of course legally. As Salyer puts it, British officials had no qualms about prosecuting Irish Americans for treason, because “corrupt American influences” underlay the most recent trouble, the Fenian project of the 1860s. (P. 47.) To eradicate Fenianism once and for all, American emigrants had to pay the price.

Therein lay the rub. Despite their arrogance and long-standing annoyance at “thin-skinned” Americans and their demands to be recognized as a sovereign nation among others, Britons were impressed that the U.S. had survived its devastating Civil War.  Now American diplomats demanded Britain pay for losses inflicted by the notorious British-built Confederate raider C.S.S. Alabama. The beleaguered (and whiny) U.S. Minister Charles Francis Adams was loath to add American Fenians to his list of diplomatic problems, but he was forced to by the influence of Irish immigrants in American politics, and their effective cultivation of support in letters home that complained of wretched conditions and solitary confinement and were reprinted in the popular press. The Irish-born defendant John Warren brilliantly turned his trial into a showcase for the suffering of an American patriot at the hands of an empire of torturers.1 The British countered that the “excitable” Americans should forgive and forget the Alabama and leave punishment of the Fenians to the Queen’s justice. (Pp. 57, 174.)

Relations between the two countries deteriorated dangerously. Cooling tempers to avoid war in the late 1860s required all of Adams’s considerable savoir faire. In addition, the question whether emigration to America and naturalization there resulted in “expatriation” – that is, the end of obligation to one sovereign and the acquisition of a new citizenship under a different sovereign – became the question du jour for an emerging trend in legal thought and advocacy. Now, German immigrant Francis Lieber (best known to legal scholars today as the author of Lincoln’s Code of War) and other international “publicists” entered the picture. They argued that the old ways of seeing subjecthood as unchangeable were hopelessly antiquated because they rested on feudal notions of the divine right of kings. The modern era, by contrast, was governed by vast commercial networks that were made possible by nation-states. “Global capitalism and global migration” went hand-in-glove with new ideas of sovereignty, “smoothing and broadening the paths of commerce.” (Pp.180-81.) International law in the productive sense of the term was possible only by adapting to the new reality.

After many fits and starts that featured repeated and difficult negotiations between American and British and failed attempts to pass legislation on both sides, as well as constant rabble-rousing and political activism from Warren and his allies, the question of a right to expatriation was resolved in 1870 by legislation on both sides and a treaty. For the first time, Britain recognized the right to leave, as well as the possibility of naturalization for immigrants. At the same time, both sides hardened the boundaries, specifying that a married woman automatically took the citizenship of her husband. Equally important, Americans scrambled to explain how it was that Irish and German and Italian immigrants could be naturalized, but Chinese and persons of color had no such prospects. For their part, American Fenians were key supporters of the “white man’s government” that emerged from their otherwise unsuccessful foray into freedom-fighting. (P. 141.)

Salyer acknowledges that one might be tempted to conclude that victory for the Fenians in America means her story has a happy ending. The rest of the nineteenth century, however, saw increasingly virulent anti-Chinese activism and legislation, experiments in expulsion of communists in the twentieth century, and all kinds of shenanigans in the twenty-first. The Fenian legacy has been tarnished, pretty much from the start.

But the murkiness of the morals behind the story should not obscure the importance of Salyer’s work. Her remarkable deftness lies in crafting a page-turner that nonetheless yields deep insights into how the law of immigration affected diplomacy, politics, and especially the law of citizenship. The characters in Under the Starry Flag are painted with such fine attention to detail and telling attributes, that the reader is drawn in. The lessons of the tale – including the power of a new sovereign to supplant the obligations due to the former one, and the role of commerce in smoothing the paths of emigrants – make great sense as a result.

Scholars of capitalism, transatlantic and global migration, the changing face of white supremacy, and more, will find much to admire here. Students will find the text manageable thanks to Salyer’s historical craft. And for immigration lawyers, who grapple with the ways that the law of citizenship and migration had been under-theorized for the entire first century of American national history, Salyer’s work enriches and complicates our earlier understanding. Like Gerald Neuman’s now classic The Lost Century of American Immigration Law, Salyer challenges scholars to take a new perspective. This time, however, the focus is not just on U.S. laws of immigration, but the ways that claims of a right to expatriate posed uncomfortable questions for the British Empire.  Ireland – the first colony of that empire – was at the center of the trouble, and the former colonies that had become a favored destination of the suffering Irish poured flames on the smoldering embers.

Less than 30 years later, the United States embarked on its own inaugural colonization project in Puerto Rico – now the world’s oldest colony. The many questions involving citizenship raised by the accession of the island and its inhabitants have also yielded fine work in legal history.2 Students of British and American legal history are teaching us that frequently the real action is at the periphery. This lesson is valuable for anyone studying the shifting contours of citizenship, as well as the role of commerce in the contours of empire.

Cite as: Sarah Barringer Gordon, A Diplomatic Nightmare and the Growth of American Sovereignty, JOTWELL (November 11, 2019) (reviewing Lucy E. Salyer, Under the Starry Flag: How a Band of Irish Americans Joined the Fenian Revolt and Sparked a Crisis of Citizenship (2018)), https://legalhist.jotwell.com/a-diplomatic-nightmare-and-the-growth-of-american-sovereignty/.