Brandeis, Hoover, and the Problem of Fair Trade in Interwar America 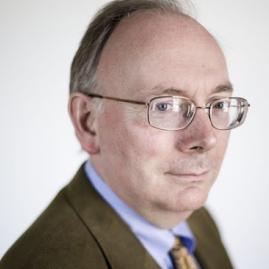 American Fair Trade is an impressive contribution to the burgeoning literature on the history of the American political economy, a literature energized since the 2008 financial crisis by the emergence of a new subfield known as the “history of capitalism.”

Sawyer’s subtitle alludes to her book’s primary themes: the interrelationship in the half century between 1890 and 1940 of proprietary capitalism, corporatism, and the ‘new competition.’ By proprietary capitalism, Sawyer means the large sector of the political economy that was dominated not by the tiny number of giant mass-production managerial firms that owned and operated their own marketing networks, such as Standard Oil and American Tobacco, but instead by the multitude of specialty-production proprietary firms that relied on distribution networks that they did not control. By corporatism, Sawyer means a political-economic regime in which trade associations representing proprietary firms joined together in a partnership with government regulatory agencies to institutionalize a “neo-Brandeisian” regulatory regime. (P. 260.) By legalizing inter-firm agreements that blocked retailers from undercutting manufacturer-set prices—agreements that she calls “codes of fair competition” (P. 2)—the new regulatory regime protected not only the reputation of the proprietary firm’s brands, but also the margin that it obtained from the retailers that marketed its wares.

Big firms, according to the conventional wisdom, sought high prices, and small firms, low prices. In Sawyer’s account the opposite was closer to the truth. Fair trade, in her view, was part of a “lost alternative” for U. S. business that lives on today in the “institutional foundations” of the modern administrative state and the “latent populist impulses” of the U. S. public. (P. 23.) By “new competition”, Sawyer is referring to an intellectual construct coined by the lawyer and art collector Arthur Jerome Eddy in a book by this title that he published in 1912 to underscore how the rise of big business had altered the competitive rules of the game.

The care with which Sawyer recovers the agency of proprietary firms, and, indeed, more broadly, on the continuing vitality in the interwar period of proprietary capitalism (a phrase she borrows from the business historian Philip Scranton), distinguishes her approach from that of most historians who have written about the federal antitrust jurisprudence spawned by the 1890 Sherman Act. One of the peculiarities of this literature—and for the historian, there are many—is the self-assurance with which its chroniclers proclaim that, at some point in time, the main parameters of antitrust were “settled.”

For Martin Sklar, whose Reconstruction of American Capitalism is one of Sawyer’s foils, this settlement occurred with the promulgation of the rule of reason in 1911. For Sawyer, in contrast, antitrust enforcement after 1911 was not only or even primarily about the regulation of large industrial firms. Rather, spurred by the revulsion of independent proprietors against a different 1911 antitrust court ruling, it would rapidly evolve into a creative partnership between trade associations and administrative agencies to empower small and middle-sized businesses to “manage competitive markets” (P. 3) by setting retail prices for specialty and brand-name goods, mandating service guarantees, and prohibiting rebates for high-volume sellers. To put it differently: for Sklar, the pivotal 1911 antitrust settlements concerned Standard Oil and American Tobacco; for Sawyer, in contrast, the key 1911 Sherman Act ruling voided the protection plan that had enabled a proprietary medical firm known at the Dr. Miles Medical Company to protect its brand by setting a minimum price for the sale of its products.

The Dr. Miles ruling is important for Sawyer not because of what it foreclosed, but because of what it inspired. By declaring illegal (the term of art is a “per se” violation) any contractual agreements that a proprietary firm might have entered into with retail networks to protect its brand, the Supreme Court imperiled an entire sector of the economy. In response, proprietary firms mobilized trade associations to galvanize a “fair trade movement” (P. 18) to lobby lawmakers to get around this prohibition. “Fair Trade” was the moniker that lawyer Louis Brandeis hit upon to rebrand the ungainly phrase “retail price maintenance.” The work of these trade associations was coordinated by the American Fair Trade League, a proprietary-firm clearing house founded in direct response to the 1911 Dr. Miles ruling.

Four chapters of Sawyer’s book trace the evolution of the free trade movement from 1911 until the Second World War. These chapters document not only how the fair traders fared in the courts, but also how they built what Sawyer terms “rule making partnerships” to shape court rulings and regulatory law between the U.S. Chamber of Commerce, founded in 1912, and the Federal Trade Commission, founded in 1914. The collective power of the proprietary firms’ trade associations—and, in particular, their ability to shape court rulings and regulatory law, which, collectively, Sawyer terms the “administrative state”—is one of Sawyer’s most impressive contributions. No longer will it be possible for legal scholars to glide more or less effortlessly from court case to court case in reconstructing the history of competition policy.

By honing in on the interaction of proprietary business leaders with jurists, trade association staffers, journalists, government administrators, and academics, Sawyer has provided us with the best history ever written of U. S. competition policy in the half century between the enactment of the Sherman Antitrust Act and the Second World War. Along the way we meet the celebrity journalist Ida Tarbell, who, in her History of Standard Oil, editorialized in favor of higher ethical standards in business; the Fair Trade League’s chief counsel Gilbert H. Montague, fresh from his defense of Standard Oil in 1911; commerce secretary Herbert Hoover, who championed fair trade for macroeconomic reasons that were analytically distinct from Brandeis’s, but who often ended up favoring identical reforms; the institutional economists Wesley Mitchell, Edwin Seligman, Rexford Tugwell, and Walton Hamilton, an influential cohort of social scientists who spearheaded the world’s “first great law and economics movement” (P. 310); and the crusading California pharmacist Edna Gleason, who championed fair trade legislation in California that would serve as a model for the New Deal’s NRA.

Much of the interest of Sawyer’s book lies in the careful way in which she reconstructs the intellectual rationale for the establishment by institutional economists and government administrators of “generalizable trade rules.” (P. 153.) Federal administrative agencies, she astutely contends, would become in the 1930s the “primary arbiters” (p. 10) of fair competition, a task that they performed with a seriousness that matched, if it did not surpass, the intellectual acuity, in an earlier age, of the courts. The fair-trade movement in Sawyer’s view went into eclipse in the 1940s, supplanted by Keynesian macroeconomic management, the ascendency of a consumerist lobby that favored low prices over economic decentralization, and, eventually, Borkian consumer welfarism. The year 1940 is thus a bookend for a movement that originated in 1911.

Sawyer’s periodization raises a number of interpretative issues. Consider, for example, her characterization of the Grange—the largest late-nineteenth-century farm lobby. The Grange depicted by Charles Postel in Equality—his splendid new history of late 19th century voluntary associations—has little in common with Sawyer’s characterization of this group as a constellation of anti-collectivist and backward-looking “[d]isplaced or marginalized farmers, workers, and independent proprietors.” (P. 2.) On the contrary, the Grange’s leadership, as Postel depicts it, was progressive, resolutely collectivist, and firmly committed to a raft of bureaucratic expedients far more expansive than anything every proposed by the Fair Trade League. Not until the 1910s would Bellamyite big-is-beautiful antimonopolism give way to the Brandeisian “curse of bigness.” In her characterization of the Grange, Sawyer makes assumptions about nineteenth-century political economy that Postel’s careful research has persuasively challenged.

Related questions are raised by Sawyer’s characterization of the nineteenth-century political economy. The Sherman Act, for example, was only in a very narrow sense one of the “first federal statutes” (P. 7) to restore equity in market exchange, having been preceded not only by the Interstate Commerce Act of 1887, but also by the National Telegraph Act 1866, the National Banking Acts of 1863 and 1864, the Patent Office Act of 1836, and the Post Office Act of 1792.

Recent historical writing on the history of capitalism is overwhelmingly focused on credit, finance, and commodity flows.  Interestingly, none of these topics figure prominently in American Fair Trade. Though Brandeis is a major figure in Sawyer’s story, the “curse of bigness” that preoccupied him—namely, the consolidation of the big banks in New York City—is mostly offstage. For Sawyer, the “associational corporatism” of Brandeis and Herbert Hoover “defined” American capitalism in 1920s. (Pp. 239, 310.) Readers of Matt Stoller’s Goliath, an important recently published history of twentieth-century antimonopoly whose time frame overlaps with Sawyer’s, will be more likely to come away with the impression that the decade’s political economy was dominated neither by the associational vision of Brandeis nor Hoover, but instead by the high-flying political-economic maneuvering of treasury secretary Andrew Mellon. Those who endorse “great men” theories of history might well side with Stoller; specialists in regulatory law can be expected to find Sawyer’s counternarrative compelling.

Sawyer’s rehabilitation of the fair trade movement points us toward a history of the interwar period that is congenial with the intuitions of specialists in the history of capitalism—namely, that popular movements can be spurred by legal change.  It may well be that such a counternarrative, skeptical not only about intellectual currents but also about public sentiment, provides us with the surest foundation for exploring, as Sawyer has done so well, the interrelationship of trade associations, the law, and the administrative state in the half century between the Sherman Act and the Second World War.