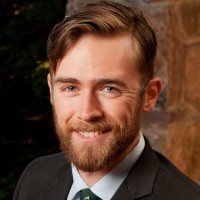 I am probably too early in my career to recognize a watershed piece of scholarship, but this sure seems like one to me. In her most recent article, Maggie McKinley traces the origins of the administrative state to the historical practice of petitioning Congress for relief, as protected by the Petition Clause of the First Amendment. She details how Congress afforded petitions important procedural protections, and tells the story of how Congress eventually “siphoned off” its responsibility for resolving these petitions to boards, commissions, and other ad hoc bodies that became the foundation of the modern administrative state. Her overarching thesis is that the petition process reveals a constitutional obligation originally located in Congress, and now located in the administrative state, to ensure individualized and meaningful participation in federal lawmaking.

This thesis is, among other things, a breath of fresh air in a heated yet stale debate about the constitutional validity of the administrative state. As Kristin Hickman recently surveyed for Jotwell, this debate has fixated for decades on whether or not we can assume the constitutional validity of the administrative state from either its existence or its practical necessity to modern life. McKinley offers what I think is a truly novel argument to this contest: that the constitutional basis for the administrative state is at least partly rooted in the First Amendment’s right to petition the government. Drawing on a wide range of sources from Founding-era practices to legal process theory, her insights will interest readers on all sides of this debate.

The foundation of McKinley’s article is the Congressional Petitions Database, an original dataset compiled by McKinley and her research team at the North American Petitions Project. Drawing on congressional records, they created “a comprehensive database of all petitions introduced to the Congress from the Founding until 1950 for the Senate and from the Founding until 2013 for the House of Representatives.” (P. 1630.) This database allowed McKinley to observe trends and draw conclusions about the petition process for, as far as I know, the first time in legal scholarship. It serves as the basis for the first half of McKinley’s article, which introduces the petition process and tells the story of how that process “evolved” into the modern administrative state.

Undoubtedly, one of the lasting contributions of McKinley’s article will be her descriptive account of the petition process. The practice was as foreign as it was interesting to me. Petitions were individual requests for action from Congress. Petitioners requested everything from a pension, to comprehensive regulation of the boiler industry, to resolution of a private claim against the government, to declaration of a national policy against the slave trade. Importantly, people who otherwise had no meaningful access to Congress could submit petitions, including noncitizens (American Indians), non-voters (women), and political minorities (freed slaves). The petition process offered these groups  constitutionally-guaranteed access to the lawmaking process of their government.

Congress took its role in resolving petitions quite seriously and afforded them particular process. A petition took a specific form, and you typically sent your petition to your local representative or senator. He or she would then read your petition into the congressional record, which made your petition the public business of Congress. Petitions were placed on a docket that tracked their disposition and resolution over time. Typically, a petition was then sent to committee for a recommendation to Congress on how to resolve it.

The breadth and character of what happened next would shock the conscience of any strict departmentalist or separation-of-powers puritan. The committee itself might engage in some fact-finding. (P. 1563.) Or it might send the petition to executive officers like the Secretary of Treasury or Secretary of War “for review, investigation, and reporting.” (P. 1569.) Or it might enlist a federal court or even a state court (!) to help process the petition. (P. 1617.) McKinley found examples of each of these and more in her review of the Congressional Petitions Database, demonstrating that the type of lawmaking spurred on by the petition process looked quite different from the “legislative” process as we think of it today. While the petition process might end with a recommendation for a general law sent to the floor of Congress, “more often, resolving a petition involved what would today be perceived as nontraditional lawmaking”—namely, things that were not “legislative acts” and therefore did not require bicameralism and presentment. (P. 1563.) Yet all “were viewed as equally within Congress’s power to control” at the Founding. (Id.)

McKinley explains that petitions “dominated Congress’s docket until well into the twentieth century.” (P. 1617.) But as the country became more complex and suffered its wars, Congress increasingly “siphoned off” its responsibility for resolving petitions to more permanent administrative bodies. (P. 1579.) McKinley walks through three case studies to show how this story played out in subjects that we typically associate with administrative law: adjudication of individual claims (using the Court of Claims as an example), the provision of public benefits (the Bureau of Pensions), and nationwide regulation (the Interstate Commerce Commission). McKinley argues persuasively that this shift is essential context for understanding both the Administrative Procedure Act, which codified best practices Congress had developed in processing petitions, and its less-familiar companion the Legislative Reorganization Act, which dismantled what remained of the congressional apparatus for processing most petitions. As McKinley tells it, Congress converted the formal petition process into the administrative state, leaving any remaining access to lawmakers to the grey world of lobbying (which is a subject of McKinley’s research elsewhere).

McKinley draws two broad theoretical lessons from her observations about the evolution of the petition process. First, we should be thinking about agencies as an extension of Congress’s constitutional obligation to ensure participation in the lawmaking process, rather than as an extension of Congress’s Article I lawmaking power. For example, she recommends renaming the administrative state the “participatory state” to emphasize its role in guaranteeing “a formalized voice for individuals and minorities” in the lawmaking process over bureaucratic administration. (P. 1538.) This change in perspective, she argues, would help rebut the narrative that agencies are inconsistent with the limited-government principles of the Founding era and grew, weed-like, from managerial impulses of the New Deal.

Second, McKinley argues that the petition process reveals fundamental defects in legal process theory—namely, the theory’s strict approach to separation of powers and Footnote-Four-style reliance on the judiciary to protect political minorities. The petition process reveals, respectively, that American governance regularly crossed any boundaries between the branches, and that Congress has its own constitutional duty to ensure political minorities (and even non-citizens) have access to lawmaking. McKinley’s criticism of Hart & Sacks is particularly humbling, noting that neither “had actually spent much time working in Congress,” so their view of the legislative process as essentially majoritarian “reflected no firsthand experience.” (Pp. 1609-10.) But, McKinley maintains, modifying legal process theory to incorporate the lessons of the petition process can help reinvigorate that model with a spirit of democratic proceduralism and resist efforts to disassemble “the participatory state” out of fidelity to a strict separation of powers.

Finally, McKinley offers two concrete examples of how her insights should change case law. First, courts should not follow INS v. Chadha because the petition process—which did not necessarily require bicameralism to act on a petition—demonstrates that the Court’s reasoning for striking down the legislative veto was wrong. (Pp. 1621-22.) Second, courts should flesh out the doctrine of “administrative due process” into a “quasi-procedural due process right of the kind promised by the Petition Clause.” (P. 1623.) On that score, McKinley critiques Mathews v. Eldridge for grounding due process in a utilitarian cost-benefit framework rather than the aspirational values she views as reflected in the Petition Clause: “equality, formality, and transparency.” (P. 1625.)

McKinley’s points on Chadha and due-process balancing are well-taken, and certainly don’t lack for ambition. But they are eclipsed by her “excavation,” as she put it, of the petition process and its particular view of Congress. I keep returning to this article with the feeling: this changes everything. Not just Congress’s relationship to administrative agencies, but also the courts’ relationship to individual rights, due process, and access to justice—both relationships, I’ll readily admit, that I understand through the heavy influence of process theory. But I’m not alone in this boat. Although often implicit, most American lawyers and judges understand the everyday work of our courts through process theory’s take on the separation of powers and judicial review. To shake one is revelatory enough; to shake both makes you worry that the whole thing is going to come apart. It’s that feeling that leads me to believe rethinking Chadha and due-process balancing—again, no small feat—is only the beginning of what McKinley’s work can accomplish.