On Fiscal Citizenship: A Cultural History of Tax Law 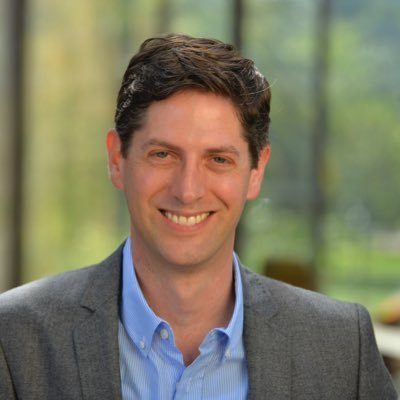 Accused by Hillary Clinton of paying no income tax for years, in one of the most memorable moments of the 2016 presidential debates, Donald Trump retorted, “That makes me smart.” Days later, Rudolph Giuliani took Trump’s comment a step further, stating that tax avoidance demonstrated the candidate’s “absolute genius.” During the campaign Trump flouted a forty-year tradition among presidential candidates by refusing to release his tax returns. Pundits speculated that all this might affect Trump’s electability. But as we found out on November 8, 2016, voters did not seem to penalize him for this (or other) behavior.

This election episode epitomizes the declining relationship among tax, civic identity, and citizenship,1 which are at the center of Assaf Likhovski’s Tax Law and Social Norms in Mandatory Palestine and Israel. Likhovski explores the rise and rapid fall of what he calls the “intimate fiscal state”: a state seeking to ensure its citizens’ tax compliance through a close, direct, and almost family-like relationship, relying more on social norms than legal sanctions.

Spanning most of the twentieth century, Likhovski’s book is divided into three parts. Part I analyzes the transition from arbitrary and corrupt Ottoman taxation, extracted primarily by tax farmers (for-profit non-state intermediaries responsible for tax assessment and collection), towards a more rational taxation system, levied directly by a centralized Ottoman and later British state. With more accurate and detailed information about their subjects, these bureaucratic states were able to assess and levy taxes more equitably and efficiently. Part II, “The Ascendancy of Social Norms,” explores the final years of the British Mandate and the first years of Israeli statehood, an era when reliance on community norms to encourage compliance thrived. Drawing on the tradition of community taxes in the Jewish Diaspora and on Zionist civic republican ideology, Palestine’s Jewish inhabitants began introducing an array of self-imposed, “voluntary compulsory” taxes to support various causes: self-defense, unemployment benefits, public works, and the rescue of European Jewry, to name a few.

Though some organizations such as the Kartell Jüdischer Verbindungen, an organization of German-Zionist academics in Palestine, sought to impose these taxes through legal and quasi-legal mechanisms, taxes were enforced primarily through social networks. (P. 122.) The Jewish Agency encouraged payment through various media, such as literature and art propaganda, but without any formal backing (and despite certain reservations) of state officials and state law. Even resort to shaming through mechanisms such as “evader lists” was rare. Still, these taxes generated more than double the revenue collected by the colonial state, even after the British introduced an income tax in 1941. This civic republican ethos carried into the first decades of Israeli statehood. By creating a strong sense of community, the new “intimate fiscal state” successfully instilled a sense of duty, loyalty, and trust. It conveyed to its citizens the importance of paying for the establishment and maintenance of “their” state.

But this era was short-lived, lasting only two decades: As Likhovski explains in Part III, a convergence of related social, political, and cultural factors, such as an abating security threat, greater social heterogeneity, and (perhaps most importantly) the waning of collectivism, led to the decline of social norms concerning tax compliance. This social transformation contributed to the rising influence of tax professionals, namely, accountants and lawyers. Likhovski carefully and skillfully analyzes the interplay between their increasing involvement and the transformation of tax norms, which reflected—and were designed to counter—their involvement.

Likhovski argues that the connection between taxes and citizenship became even more tenuous as these experts became more deeply involved as intermediaries and policy designers, and as they began to reorient their duties from the state towards their clients—the individual tax-payers. Initially viewing their charge as ensuring that “tax laws be implemented justly and equally,” (P. 233) accountants fulfilled an educational role and enjoyed the trust of the state and taxpayer alike. But by the 1960s their statist rhetoric gave way to a more client-friendly approach. They also began openly criticizing tax policy, advocating tax simplification to eliminate state bureaucracy and to secure the interests of individuals, investors, and corporations. The legal profession followed a similar pattern: lawyers, who initially fit rather uncomfortably within the collectivist, industrial Zionist ethos, managed to establish their position in the Israeli collective as promoters of respect for the law and for the state. (P. 240.) Yet by the late 1960s, they too increasingly began perceiving their duty as primarily shielding clients from tax responsibilities rather than enforcing the state’s interests. Finally, during this same period, Israeli economists reexamined their fundamental assumptions regarding what may be called the “Homo Israelicus.” Initially convinced of Zionist exceptionalism, which placed the collective ahead of individual interest, by the 1970s Israeli economists were designing tax policy in a more scientific, universalist fashion. They reoriented their perspective from statist to individualist. This growing involvement of experts transformed tax legal norms in Israel, which became more flexible and intrusive to counter non-compliance and overly creative professional “tax planning.”

Some readers might criticize the disproportionate attention the book pays to Palestine and Israel’s Jewish community. Though Arab subjects and citizens do receive some consideration, the book focuses primarily on the Jewish community (and on Zionist Jews in particular) even though Palestine’s Arab population was significantly larger during most of the period analyzed. Still, given Likhovski’s inquiry, his selection is judicious. Though one may glean useful insights regarding the connection between tax and civic identity by thoroughly examining “outsider” groups, it is through the transformation in the social norms of insiders that this social phenomenon—namely, the weakening of the relationship between tax and civic identity—is best explored. It is within this group that one may observe the greatest ebb and flow in social norms concerning tax compliance, from voluntary to compliant to cautiously avoidant.

Though Likhovski’s account is, as he acknowledges, primarily top-down, he draws on a broad array of sources to depict a vivid social and cultural history of taxation. He relies not only on judicial decisions and legislative histories but also on propaganda films, posters, and literature produced by Israeli taxation authorities and Israel’s Tax Museum, and on children’s books and satire. The result is a highly entertaining read. Likhovski once again demonstrates his outstanding aptitude for storytelling that combines a keen eye for unusual details with broad theoretical insights. Though Likhovski’s book focuses on Palestine/Israel, it offers broader insights concerning fiscal citizenship and how tax evasion has transformed over time from vice to virtue. As one visitor to Israel’s Tax Museum noted: “I do not believe that one [could] find such a subject, that is really so dry, exciting, but I did.” (P. 175.) I think most readers will agree.