Legal Export and the Transformation of American Identity

Jedidiah Kroncke, The Futility of Law and Development: China and the Dangers of Exporting American Law (Oxford University Press, 2015). 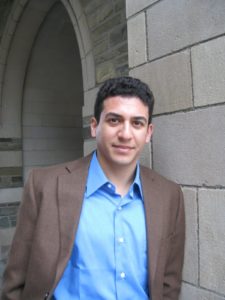 Today, as a matter of both foreign policy and legal practice, comparative law tends to be a one-way street in the United States. In recent decades, the U.S. has been involved in countless constitution-writing and rule of law projects across the globe. But few foreign frameworks have migrated home, where foreign law is often met with outright judicial and political hostility.

Jedidiah Kroncke, in his learned and incredibly incisive new book, The Futility of Law and Development: China and the Dangers of Exporting American Law, reminds us that this is hardly how American policymakers have always approached the international community. In fact, during the revolutionary period many of the founders like Benjamin Franklin, Thomas Jefferson, and James Madison were avowed legal cosmopolitans, curious to draw from foreign experiences for American republican institutions, including the example of China’s civil service system, national taxation structure, and methods of centralized resource management. Indeed, as late as the Progressive period, a “transatlantic moment” led American reformers–confronting shared problems of industrialization and inequality— to see new European innovations as worthy of replication at home. How did this change and what has it meant for American legal culture and reform politics?

Kroncke argues that this shift was a product of how Americans came to justify their global authority in the first half of the twentieth century. Legal and political elites were at pains to differentiate U.S. power from European imperialism. In the process, they sought to do two things: 1) highlight how unlike European colonizers the U.S. was fundamentally non-colonial and politically respectful of local peoples; and 2) explain nonetheless why Americans deserved global preeminence. In developing their arguments Americans ended up drawing especially from the domestic community most directly involved in overseas endeavors: white religious missionaries.

Against the backdrop of internal industrial strife, the post-Civil War period witnessed a massive religious revival (the “Third Great Awakening”). This revival created a national network of grassroots Protestant churches and organizations interested in spreading American religious and political values across the world. These missionaries viewed the U.S. in exceptionalist and millennial terms—as a nation committed to replacing chaos abroad with peace and tranquility through the promotion of Christian principles (such as those of self-discipline and spiritual self-rule) as well as related liberal legal institutions. Moreover, because of the sheer scope of missionary work during the era, many Americans—including elite policymakers—came to understand the world outside through their books, reports back home, and religious projects.

For such missionaries, the great test case of their redemptive spiritual and legal enterprise was China. China not only had its own extensive civilizational history, but it also lacked any direct imperial overseer. As a consequence, it was a perfect setting for missionaries to “Americanize” and revitalize a once powerful, but now declining nation through practices of legal and cultural export—and to do it without actual formal colonial control.

Over time, an increasingly secularized version of the missionary project came to dominate ideas about the purpose and specialness of American power. Moreover, as such exceptionalism grew, legal export become both a one-way street for U.S. policymakers as well as a critical instrument in the extension of U.S. influence. In all this, Kroncke very convincingly suggests that China remained a key touchstone for legal and political elites, not to mention broader civil society groups. In each given historical era, China served as a site for rehearsing that period’s defining export initiatives. At the same time, the relationship with China also constituted a central lens through which Americans grew to understand their interactions in general with the non-white world.

In developing these arguments, Kroncke’s work does three remarkable things. First, his excavation uncovers a hidden history of today’s rule of law promotion. This hidden history cuts against certain ingrained presumptions that Americans have always been legal exceptionalists. Instead, in highlighting how U.S. views about legal export have shifted, Kroncke emphasizes the relative newness of this brand of exceptionalism and forces scholars to ask why the contemporary vision has diverged so dramatically from the founding one.

Second, the book offers a beautiful reconstruction of the American legal imagination and approach to China. This reconstruction provides a treasure trove of information about the various U.S. legal export projects in the country, highlighted by two wonderful case studies of Frank Goodnow and Roscoe Pound. Kroncke finds in their export efforts a powerful encapsulation of how Americans carried with them to China the (oftentimes deeply contentious) domestic debates over the meaning and value of U.S. legal practices.

And, finally, the book is a sophisticated critical dissection of the drawbacks of American legal export—today as much as in the early twentieth century. It has become almost trite to note the repeated failure of legal export initiatives to succeed on their own terms—from Iraq to China itself. These failures are usually explained as a product of poor intentions and/or poor execution. By contrast, what Kroncke shows is that in a deep sense such failure is the result of the very exceptionalist imagination that has persistently presented the world as a domain for Americanization. Above all, American policymakers failed to come to grips with the complexity and sophistication of local legal customs and commitments to self-determination. In Kroncke’s mind, this has been as a much a loss for the U.S. as for the world, because it has foreclosed the willingness of politicians and lawyers to see such complexity as an invitation for U.S. internal domestic experimentation and renewal.

In all these ways, Kroncke offers a provocative retelling of the history of American legal export, one that no doubt will generate fruitful debate and will have to be reckoned with by legal historians, legal comparativists, and scholars of U.S. foreign policy.