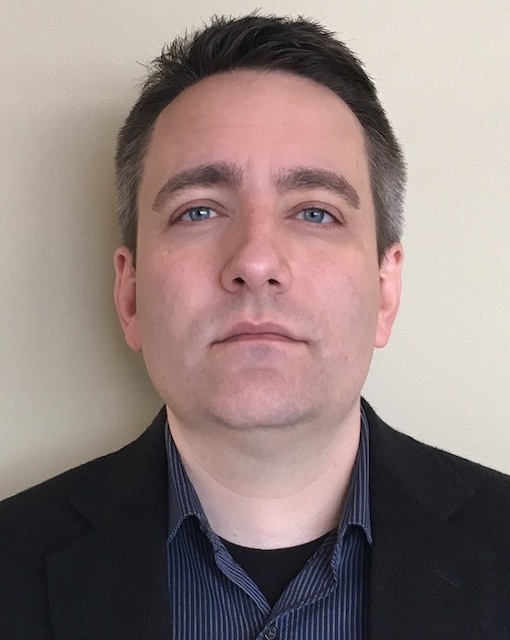 Sam Erman ends his new book Almost Citizens by describing Puerto Rico as “the oldest colony in the world” (P. 161). This word, colony, might strike some as an overstatement, for the United States is never supposed to have had colonies. Others might offer up “protectorate” or other alternate terms to capture Puerto Rico’s constitutional ambiguity as something less than that of a state—none of which would be any less descriptively coherent than the island’s technical designation as “an unincorporated territory.” Erman ends his long-awaited monograph with this statement exactly because his careful and compassionate history takes direct aim at the legal ambiguity that has denied Puerto Ricans their full equality as American citizens. Erman’s story of American empire makes plain that conceptual or doctrinal equivocation has never altered the substantive reality that Puerto Ricans still live today with the very real legacy of American colonialism.

There is an underlying tone of moral indignation and loss in Almost Citizens that is all too easy to appreciate today. In the recent aftermath of Hurricane Maria, it is quite evident that many are still comfortable with Puerto Rican’s liminal status in our constitutional system, and happy to engage in a victim-blaming denial of their full inclusion as Americans. Erman’s monograph shows how Puerto Rico’s ambiguous status persisted alongside grand American claims to the promotion of democracy worldwide. It argues further that by sustaining  this dissonance, the Supreme Court lessened constitutional citizenship for all Americans. Erman repeatedly shows how what he calls the “Reconstruction Constitution” of the post-civil War was “sacrificed…on the altar of empire” (P. 21). To decouple the presumption that territory and citizenship were co-terminus, the Court necessarily hollowed out the American franchise as it was extended to some at home and denied to others abroad.

Still, Almost Citizens is far from a rhetorical polemic. Erman melds meticulous archival research with the acuity of a serious constitutional lawyer in tracing his constitutional history of empire. As with many of the new legal historians of empire, Erman shows how grand narratives of racial supremacy and geopolitical ambition were enabled by the pragmatic legal reasoning of both Supreme Court Justices and the lawyers who brought claims regarding citizenship before them. By repeatedly elevating necessity over principle, over time the constitutional debate over Puerto Rico purely served the extra-legal purposes of assuaging America’s racial anxieties.

Just as the Reconstruction Amendments challenged the racialized and gendered nature of 18th century American citizenship, the broad post-Civil War commitment to social equality was at odds with new attempts to claim that territorial expansion did not bring with it full American citizenship. Erman reveals how even the infamous Dred Scott decision was part of an existing doctrinal tradition that established that American territorial acquisition would always imply future statehood.

A robust transnational history, Erman’s narratives are full of unappreciated interconnections between international and domestic elements in the making of modern American constitutional law. Even before the events of the Spanish American War that presented these questions of territory and citizenship, Erman shows how resistance to Spanish colonialism preconfigured how Puerto Ricans would engage with American conquest. The import of this experience grounded the many diverse and often conflicting agendas that Puerto Rican political leaders would pursue in the aftermath of 1898. Furthermore, Erman also shows how these agendas engaged with stateside politics where domestic concerns and ambitions drove positions on American empire.

One of the intriguing aspects of Almost Citizens is how diverse Puerto Rican views were on American racial politics and their role therein. Puerto Rican often leaders drew contrasts between themselves and other minoritized groups, in an effort to achieve inclusion within American “whiteness.” They sacrificed potential solidarity against racialized constitutional exclusion. Recurrently, the Philippines, along with Native American and African-Americans, emerged as cultural foils for Puerto Ricans. Thus in the cases dealing directly with the constitutional status of the territories acquired after the Spanish American War, commonly called the Insular Cases, there was a stark division between the strategies of Puerto Rican litigants and those from other conquered territories.

A central character in Erman’s narrative, and the one directly and intimately involved in the constitutional litigation giving rise to the Insular Cases, was Federico Degetauy. Degetauy embraced a liberal cosmopolitanism that he believed the American judiciary shared, and he thus built his litigation strategy around emphasizing his own patrician character as an exemplification of Puerto Rican cultural proximity. He repeatedly held himself out as the prototype of a genteel, educated, and civilized Puerto Rican, and took his access to power as tacit admission that others recognized that all Puerto Ricans had such potential. While this strategy did eke out some specific gains for Puerto Ricans, Erman describes how over time these smaller tactical gains helped build and gird the very constitutional basis of a more general denial of constitutional equality.

Even Erman’s other main actors, prominently Domingo Collazo and Santiago Iglesias, engaged in a racialized discourse which most often targeted the Philippines as undeserving of American inclusion. While Collazo represented the traditional land-owning elites of Puerto Rico and Iglesias started his career as a radical labor organizer, both men presumed that America would never accept Puerto Ricans as “white.” Ironically, in advancing claims about relative racial fitness for citizenship, these political rivals affirmed the very process through which denying Puerto Rico’s equal constitutional status contributed to “Latin” becoming non-white in the American racial imagination. Rationalizing a lack of full citizenship became intertwined with unease about Puerto Ricans’ belonging to Anglo-American, then Protestant, culture which had judged only itself capable of proper American self-governance.

According to Erman’s constitutional history, this strategy of cultural proximity and differentiation was never able to achieve the type of principled constitutional decision declaring all Puerto Ricans full and equal citizens which Degetauy, in particular, sought from the Supreme Court. The Supreme Court consistently engaged in a genre of what today is often called “constitutional avoidance” by consistently using narrow rulings that granted small concessions in each of the Insular Cases while leaving the larger question of Puerto Rico’s formal legal status unresolved. A process which eventually enshrined Puerto Rico’s ambiguous status through the open embrace of the doctrine of “territorial nonincorporation” in the 1922 decision Balzac v. Porto Rico. Erman reveals how this pattern of avoidance empowered the Bureau of Insular Affairs within the War Department to create what is best described as an administrative law of empire. In doing so, he shows how leading lawyers, and legal scholars, were often the strongest proponent of formal American colonialism at the turn of the 20th century. As such, “productive legal ambiguity remained the norm” (P. 144) whereby Puerto Ricans could be conscripted for war and still be denied full citizenship.

In tracing the careers of Degetauy, Collazo and Iglesias, Erman also demonstrates how tactical pragmatism in and outside the courtroom can bind later claims for justice. Iglesias is revealed to have had a close relationship to Samuel Gompers and placed his faith in the AFL as the benefactor of Puerto Rican workers. Yet Gompers’s interest in Puerto Rico was born of a cynical pragmatism akin to that of the constitutional doctrines of empire; here we see another chapter of the AFL’s self-inflicted wound of allowing racial politics to undermine true working-class solidarity. Similarly, Collazo threw his lot in with Southern Democrats whose interest in critiques of empire grew more from their own domestic concerns with racial supremacy and imagined waves of colonial immigrants than from any principled concern with constitutional equality—again leading to Collazo’s disappointment when Woodrow Wilson’s administration came to power.

Within this web of dueling ambitions and strategic misfires, Erman’s history displays how selective the voices can be that are heard in constitutional forums—even for those formally involved. His chapter on the 1904 case Gonzales v. Williams foregrounds the experience of Isabel Gonzalez, a Puerto Rican woman who was denied free entry into the United States at Ellis Island. Far from Degetauy’s image of patrician Latin gentility, Gonzalez was subject to a myriad of racial, gender and class stereotyping and discriminations which indirectly revealed the limits of Degetauy’s constitutional strategy of inclusion through exceptional personal character. While Gonzalez won her case, and the right of Puerto Ricans to freely enter the United States, she spent much of her life struggling with the public narrative of personal honor developed to argue her case, while the failed political and legal strategies of Degetauy, Collazo and even Iglesias left them with relative lives of ease. Gonzalez’s story offers the most direct insight into how far removed the daily struggles of Puerto Ricans often were from these constitutional battles.

Almost Citizens powerfully reminds us that the imperial law of the Insular Cases is a central part of our constitutional history, but also that these imperial doctrines are still binding law today. We still have imperial law. And the price of allowing this stain on our constitutional history to persist and normalize a less robust view of citizenship for all Americans by turning away from a broad commitment to equality in favor of one driven by selective inclusion. Erman demonstrates how there is no truly distinct constitutional history of empire, but one American constitutional history where “the value of citizenship was instrumental, and flexible, to be forged as opportunity allowed” (Pp. 139-140). Even by 1957, when the Supreme Court finally granted that American constitutional rights were not lost outside incorporated American territory, it did so by declining to overturn the Insular Cases or upend the governance of the now wide range of unincorporated territories the United States claimed across the Atlantic and Pacific Oceans. Erman’s disapproval of this process of avoidance never leads him to pure cynicism, but gives Almost Citizens a palpable sense of duty forsaken.

Erman’s rigor and empathy both explains how many sectors of American society continue to express indifference to the suffering of Puerto Ricans and how this indifference has been repeatedly enabled as the direct consequence of an “empire that dared not speak its name” (P. 97). It does so by achieving the promise of transnational history, showing the historical intimacy of what might have been segregated into domestic and foreign. As battles over the meaning of American citizenship and belonging now rage in contemporary legal and political debate, Almost Citizens is a reminder that an empire cannot be a republic abroad without great cost at home.