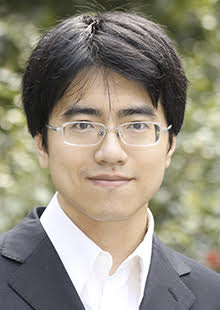 In more ways, than one, Henry Smith’s Equity as Meta-Law is an awkward fit for JOTWELL: the site, as I have long understood it, has an implicit focus on the work of emerging scholars, not very well-established ones. Moreover, the article does not easily fit into any of the subfields that JOTWELL disaggregates legal scholarship into: on the one hand, while there is quite a bit of legal history in the article, its ultimate goals are arguably more normative than explanatory or descriptive. On the other hand, it is much more historically oriented than mainstream jurisprudence, including mainstream law and economics theory. Substantively, its subject matter—equity—inevitably takes it on a tour of multiple legal domains, ranging from property to torts to contracts to procedure, but commits it to none. The best categorization of the article is probably “private law theory,” but there is no JOTWELL classification for that.

Nonetheless, the article deserves some discussion in these (web)pages simply because it is probably the most important article on private law to come out in the past few years, and will likely set the stage for numerous rounds of discussion and extrapolation in the years to come. It is one of those foundational articles that only come around once every so often.

The article makes two central claims, one descriptive and one normative: First, it argues that, for centuries, equity has supplied a “meta-law” function for Anglo-American private law—that is, equity provides a flexible doctrinal tool for judges to constrain the functional unpredictability of excessive common law formalism. Second, it argues that it should continue to do so, despite the erosion of this function in American and English law following the instrumental fusion of common law and equity. Mixed into these primary arguments are a number of explanatory sub-arguments about the functional benefits of meta-law, why equity has traditionally been well-suited to providing these benefits, and why its meta-law functions have declined following the fusion.

At its core, Smith’s thesis here, like the information cost theory of property he has championed over the past three decades, is rooted in classic law and economics theory, particularly in efficiency-oriented concerns over clarity and foreseeability. Although one might intuitively think that clarity and foreseeability are most effectively achieved through doctrinal formalism, with all its bright line rules and claims to full textual transparency, Smith persuasively argues that this is not always true, and that a more factually and normatively contextualized approach, which he calls “meta-law,” is sometimes superior. While it is inefficient to employ meta-law in a generalized fashion, hovering over all routine legal decisions—doing so would damage, rather than enhance, predictability—a functionally constrained and targeted deviation from formalism in cases of unusual complexity significantly enhances the legal system’s socioeconomic performance.

Underlying this argument seems to be the—surely correct—belief that efficient socioeconomic activity rests upon socially salient foreseeability, rather than technical legal foreseeability. Most economic actors are limited in their ability to digest either technical legal complexity or the full range of socioeconomic complexity that can arise in everyday life, and form expectations about legal outcomes subject to those limitations. They are unable to adequately foresee the myriad of non-standard outcomes that can be reached when complex socioeconomic interaction creates openings for opportunistic exploitation of formal legal rules. Moreover, given the inherent political and intellectual imperfections of human lawmaking, a purely formalistic legal system will almost inevitability contain internal tensions, even contradictions, that damage outcome-oriented foreseeability. The goal of meta-law, then, is to provide an institutional mechanism that can iron out these substantive abnormalities, thereby constraining legal outcomes to a socially salient range of foreseeable possibilities and providing an adequate foundation for efficient socioeconomic interaction.

As Smith argues, for several centuries following its creation and advent in early modern English law, equity performed this meta law function in the common law world. This is, to be clear, not a claim about institutional design, although there is obviously a compelling claim to made that equity was designed from the very beginning to overcome the functional deficiencies of excessively rigid common law formalism. Instead, it is a claim about actual functionality—that, regardless of the original intent underlying its creation, equity eventually supplied the English and American legal systems with a meta-law mechanism. Equity gained this functionality through a number of institutional devices and characteristic that Smith lays out in considerable detail: “cabining maxims” that ensure its narrow and limited use, balancing tests that allow non-formalistic consideration of a wide range of contextualized factors, moral considerations that help align legal outcomes with social expectations, and so on.

Historians will find these claims largely familiar, and indeed most of them are grounded in a well-established historical literature that the article voluminously cites. This collection of authors that have made related arguments ranges from Blackstone and Grotius, to Frederic Maitland, William Holdsworth, Roscoe Pound, and Joseph Story, to John Baker, Zechariah Chafee, John Langbein, Sarah Worthington, and a host of contemporary scholars. The basic argument that equity has historically helped align legal outcomes with social mores, more so than the less doctrinally flexible Common Law, should be largely uncontroversial to anyone familiar with this private law literature.

Where Smith adds considerable conceptual clarity to this traditional understanding is his additional leap from social mores to economic expectations: from, effectively, societal beliefs to behavioral habits, and then to the anticipatory worldviews that those habits encourage. This seems like a highly intuitive and persuasive leap once Smith frames it in those terms, but it is nonetheless a novel contribution. In particular, it allows for easier theorizing under mainstream models of private law, which, being predominantly functionalist in nature, often cannot readily digest moral beliefs on their own terms, but do have a sophisticated framework for evaluating and measuring behavioral expectations. To the extent that doctrinal history requires accurate theoretical framing to construct truly compelling macro-narratives, this article offers much to legal historians of the Common Law world. To the extent that good theory, even normative theory, must be grounded in historical narrative, it offers even more to legal theorists.

More recently, however, the meta-law functionality of equity has deteriorated following its fusion with common law. Smith points out that the fusion has “flattened” equity into something more formalistic and mechanical, thereby weakening its ability to reduce socially deviant legal outcomes that result from excessive formalism. Instead, he argues that equity’s meta-law functions should be restored. While it might be impractical to recreate institutionally separate equity courts, judges and lawmakers should be able to identify the legal doctrines that potentially perform a meta-law function, and take steps to ensure that they are not decimated by the legal profession’s inherent tendency to formalize.

The most powerful contribution of the article lies in its basic conceptualization and theoretical framework: the idea that there has been, and should be, an institutionally concrete meta-law in private law. The idea that the predictability of legal outcomes should be understood in a socioeconomically contextualized fashion, and not merely as a matter of formal conjecture, may seem intuitive to critical theorists, psychologists, or sociologists, but it has all too often been overlooked in the economic analysis of private law.

Smith’s proposal takes this core insight and skillfully builds it into a full-blown theory of legal structure, identifying not only the need for something like meta-law as a sort of corrective, but also what its core functional characteristics need to be: contextualization, flexibility, but also substantive specificity and restraint. From there, the article applies these theoretical insights to one of the most historically important yet jurisprudentially underappreciated developments in the common law world—the rise of equity—and makes a highly compelling, if not quite fully conclusive, case for interpreting it through the lens of meta-law.

The scope, originality, and force of these ideas are truly extraordinary, representing legal theory at its very best. Traditionally, legal theory has all too often lacked historical grounding, whereas legal history, especially doctrinal history, rarely rises to a theoretically useful level of conceptual abstraction. The two sides often have strong reasons to stay within their respective comfort zones, but this article demonstrates the range of tantalizing possibilities when they are brought together in a synergistic fashion.

Like all foundational works of legal theory, the article does leave open a large number of empirical questions. Most notably, while it makes a well-supported case that equity has historically had the function of meta-law, it does not give a systemic evaluation of how well it has actually performed that function: did equitable balancing actually produce the kind of socially salient foreseeability of outcomes that Smith’s theoretical framework focuses on? As Smith’s own functionalism would logically demand, such an evaluation cannot be done at the level of institutional description, but must instead be steeped in socioeconomic measurement and analysis. Without such measurement, it is also somewhat difficult to assess Smith’s normative claim that equity should, even today, play the role of meta-law in modern American private law: what are the possible alternatives—statutory interpretation devices of the kind that we often find in civil law traditions, perhaps—and how would they perform in the American socioeconomic context?

Ultimately, it remains somewhat unclear whether the connection between meta-law and equity is truly as functionally watertight as Smith claims. Nonetheless, without the theoretical and descriptive foundations laid by this article, we would not even have any real intellectual basis for pursuing these concerns. An article has done something of fundamental importance when it supplies a new set of questions that nearly all future scholarship in its field must substantively grapple with, and I have very little doubt that this article has accomplished that.