Negotiating the Boundaries of Slavery and Freedom in the Americas 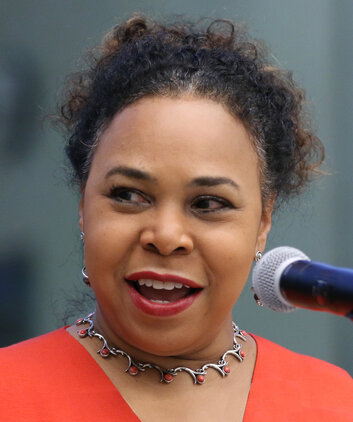 Becoming Free, Becoming Black examines the fissures in the law that enslaved people throughout the Americas used to traverse a path from enslavement to freedom. Comparative approaches to the study of law and freedom in the past had stressed a divergence between Latin America and the British Atlantic, using Louisiana as a case for contrast or continuity. As the authors of Becoming Free, Becoming Black demonstrate, the situation on the ground revealed a striking degree of similarity in Virginia, Havana, and in New Orleans, and across time. Given the absence of a robust body of slave laws, enslaved people in 17th c. Virginia advanced claims that resonated with Iberian or Cuban claims. The authors posit that legal borrowing was a plausible strategy for enslaved people bringing freedom claims, as there was a fair degree of movement of petitioners between the British and Spanish Atlantic during this time.

The book tells a clear story about what the law of slavery was and how it came about, how it functioned and why it changed over time in three different sites. A secondary title of the book could have been: “A Survey of Free People of Color,” since the presence of sizable communities of free people of color made a significant difference in the ability to sustain freedom claims or to navigate one’s way from bondage to freedom. In all three sites, slaveholders and lawmakers—in a sense one and the same—repeatedly demonstrated serious attempts to crack down on the possibilities by which black people could remain free within a slave society.

Free people of color weakened the stability of the hyphen between black and slave, and black and citizen. In societies deeply committed to and profoundly shaped by slavery, free people of color could be accommodated in exceptional circumstances: as jurists, orators, preachers, soldiers, saints and intercessors. They could be exemplary citizens and proffer evidence of accommodation without threatening a socioracial order. But outside of the exceptions, the legal paths to freedom were consistently limited.

One of the ways that the authors trace these attempts at curtailing freedom is to examine local ordinances and decrees. Ordinances in the societies under review delimited all facets of black social life: where black people could sell wine, or hunt, or sell their wares, where they could gather and congregate to worship, whether they could ride a horse or a mule, and under what conditions they could bear arms. One wonders whether this comparative view of local ordinances is chicken and egg—was it the behavior that prompted the decrees? Or were legislative anxieties so high that they sought to pre-empt the behavior by outlawing it beforehand? The behavior prompting the decrees plainly demonstrates that black people did not comply with these ordinances. Indeed, the repeated nature of the promulgations suggests that very few people took these mandates seriously across the board.

Turning from the law on the books to the life on the ground, the authors weave together the official and judicial records with careful attention to notarial and sacramental records where possible. They show the consolidation of custom and equity into law that respected certain rights even when the tides turned over time. Manumission, and the concomitant right to seek a new owner, never disappeared, although these rights became more fragile and conditional. Though retrenchment occurred in the French codes, they were outpaced by the legislative ban on manumissions in the continental US that tied individual manumission to the larger question of emancipation. Fueled by fears of revolution, and the threat of dispossession, white slaveowners conditioned manumission or movement out of the territory (or out of the country all together in the case of Liberian “repatriation.”) This “tipping point” created real setbacks in Louisiana and Virginia for family integrity and for black prosperity. This was less true in Havana, where the numbers of free people of color were too large for repatriation, and where manumission continued to be registered as a slaveowner’s right. In all three sites, however, we see that black citizenship was undesirable, regarded as problematic, and incompatible with white liberal notions of political belonging.

Slaveowners were intent on retaining the “issue” of their female slaves because of womb enslavement. Yet, women far outpaced the numbers of manumitted slaves vis-à-vis their male counterparts in all three jurisdictions. Children also were freed in greater numbers, sometimes by grace, but more often by the efforts of family members to purchase children at a lower price. Sacramental records thus show that gender, domesticity and generational ties could create conditions for freedom in the womb. The archives reveal complex and often messy tales and shed light on the conditional precarity of children born to mothers in the process of self-purchase. The fact that legislative decrees mandated that self-purchase and/or coartación was an individual right not conferrable to children of the womb is undermined by the evidence across many colonial sites. As the authors note, conditional manumission and womb emancipation were most prominent in societies with large communities of free people of color.

Becoming Free, Becoming Black is a comparative study of slavery that spans different jurisdictions, plantation logics, and most importantly languages. It serves as a model for future comparative work and collaboration. The book encourages us to think through the politics of the archive. Historians of the Iberian world are privileged if not overly endowed with archival sources. Our colleagues in the British Atlantic resort to “critical fabulations”1 to reconstruct the lives of enslaved people, using documents that often portray the darkest hours of the slave trade. This has led many scholars to critique the archive of slavery, or reject it outright as a place of death, lies, and violence for black lives that presages the present condition.

Yet as de la Fuente and Gross show, these archives are not tombs– they are full of cacophonous voices recounting stories of flight, revolution, jurisdictional plurality, wrongful enslavement, and the lackluster performance of the law. Indeed, the full archival offering on display in this book could offer a counterweight to the insistence on the archive of slavery as a place of death.