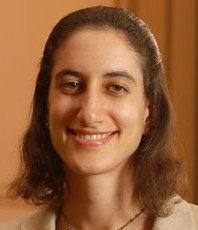 Multiple paradoxes lie at the heart of Leigh Ann Wheeler’s How Sex Became a Civil Liberty: a constitutional doctrine of sexual privacy exists alongside a public culture saturated by sex; women and sexual minorities enjoy unprecedented rights and freedoms while pornography proliferates in plain sight and civil libertarian principles underwrite opposition to rape shield laws and hate speech codes. Meanwhile, liberals and conservatives alike speak in a common civil liberties idiom that embraces the individual’s right to access sexual material once considered an obvious and proper target of state regulation. As Wheeler’s engaging history of how the American Civil Liberties Union (ACLU) helped make sex a civil liberty reveals, commitments to sexual freedom and consumer rights grew out of the changing political and cultural milieu from which the organization emerged and drew its leaders.

Wheeler’s story begins in the early twentieth century with portraits of individual ACLU founders and leaders including Roger Baldwin, Crystal Eastman, and Madeleine Zabriskie Doty. She highlights how their sexual lives—more adventurous and avant-garde than previously understood—shaped their thinking and spawned a civil liberties vanguard. Wheeler’s account intriguingly suggests that men’s and women’s differing experiences of the “first sexual revolution”—relatively unmitigated liberation for men, a much more ambivalent legacy for women who continued to value fidelity and lived in fear of unwanted pregnancy—may have led them to see birth control as an essential liberty that could also help to bridge this gender gap.

Subsequent chapters detail the ACLU’s evolving approach to the regulation of sexual expression and conduct, including “obscene” literature, nudity, reproductive freedom, homosexuality, rape, and sexual harassment. In its first decades, the ACLU’s engagement with matters of sex matured from covert assistance to public advocacy, from representing friends to taking the cases of strangers, from standing on principle to embracing pragmatic strategies, from defending the right to speak freely about birth control to encouraging government support for contraception.

In the postwar period, the ACLU played an integral role in developing consumer rights arguments for First Amendment protection of sexual expression. Making free speech a consumer right, Wheeler notes, created a large and powerful constituency for the First Amendment, giving ordinary Americans a stake in censorship and in the constitution. For the ACLU, it also meant attacking not only government efforts to restrict sexual expression, but also pressure groups’ attempts to privately regulate the availability of media formerly considered obscene through boycotts and rating systems, among other means.

The move from collective to individual rights, from producer- to consumer-oriented arguments, from the protection of noncommercial to commercial expression, arguably is one of the key distinctive elements of American constitutional law and culture in the second half of the twentieth century. So too is the emergence of sexual privacy, in which the ACLU played a less central but nevertheless important part. Wheeler highlights the “intellectual cross-pollination” that led ACLU leaders such as Harriet Pilpel, Morris Ernst, Dorothy Kenyon, and Melvin Wulf to define privacy’s ambit to encompass sexual behavior as well as sexual expression. Wheeler also provides an engaging profile of Marilyn Geisler Haft and the short-lived but important career of her Sexual Privacy Project, which lost nearly every battle it fought but paved the way for later gay rights breakthroughs.

Historians of feminism and law will find much of interest in Wheeler’s book, most especially her later chapters on the making of reproductive freedom and contentious internal debates regarding rape and sexual harassment. Wheeler shows how, in the 1970s, the ACLU’s support for “reproductive control” evolved toward an agenda advancing “reproductive freedom,” largely because of the organization’s growing awareness of and involvement in cases of involuntary sterilization. She illuminates the complicated racial and class politics of reproductive rights by recounting the dilemmas advocates confronted in seeking greater access to abortion and sterilization services without enabling coercive practices that targeted poor women and women of color.

The ACLU’s commitment to racial justice also complicated the organization’s position on rape and sexual assault. Accustomed to fighting for the rights of African American male defendants wrongly accused of attacking white women, many within the ACLU remained reluctant to embrace rape shield laws and other victim-oriented protections feminists sought. The racial politics of sexual harassment were quite different—indeed, African American women led the way toward recognition of harassment as actionable discrimination—but there civil libertarian concerns about the suppression of speech and sexual expression divided ACLU members. Wheeler’s fine-grained account brings to life the tensions between feminism and civil liberties, freedom and equality, privacy and state regulation that animated these internal debates and continue to trouble progressive legal advocacy to this day.