Isabel V. Hull, A Scrap of Paper: Breaking and Making International Law during the Great War (2014). 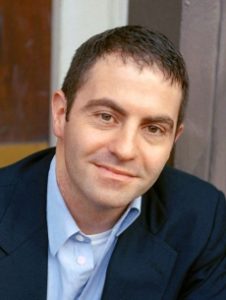 All schoolchildren—even American ones—know that the First World War began with the assassination of Archduke Franz Ferdinand in Sarajevo in June 2014. Not so, according to Isabel V. Hull, a distinguished historian of modern Germany. “The First World War,” she explains, really “began with an international crime: Germany’s violation of Belgian neutrality.” (P. 16.) In her masterful new book, A Scrap of Paper: Breaking and Making International Law during the Great War, Hull retells the history of the First World War as a series of breakings and makings—or remakings—of international law. This is a breathtaking study that may well be the best book ever written about international law in times of war.

The “scrap of paper” in Hull’s title refers to Britain’s 1839 treaty promise to defend Belgian neutrality, dismissed in a conversation on August 4, 1914, between German Chancellor Theobald von Bethmann Hollweg and British ambassador Edward Goschen. “[J]ust for a scrap of paper,” Goschen recalled Bethmann saying, “Great Britain was going to make war on a kindred nation who desired nothing better than to be friends with her.” (P. 42.) That scrap of paper—and the system of international law it reflected—mattered to actors at the time and should concern historians today. It was not simply that Germany or the Allies used international law as a post hoc justification for military actions (although, of course, they did that). Rather, Hull says, from beginning to end, “international law was central to how and why the Great War was fought.” (P. x.)

A Scrap of Paper traces this history through a series of loosely linked, generally chronological chapters. The story begins with the Belgian invasion, which was the critical event that transformed the rocky crisis-filled summer of 1914 into an intractable world war. Hull is interested not only in the question of who started the war, but how it was fought, and in her chapters on the occupation of Belgium and treatment of Belgian civilians, she demonstrates how divergent assumptions about international law shaped the actions of each nation. And with consequences: regardless of whether Germans were right to believe they acted within their legal rights during the Belgian occupation, the move “ruined [Germany’s] reputation in world public opinion,” (P. 41) and made it nearly impossible for the Central Powers to assert a moral high ground before the international community as the war progressed.

Further chapters employ a freshly comparative approach, juxtaposing the British blockade (or, as Hull explains, “blockade”) of Germany with Germany’s choice to pursue unrestricted submarine warfare. New ways of war—chemical weapons and aerial bombardment in particular—challenged existing legal norms and raised questions that landed on the desks of international lawyers. That military and diplomatic lawyers in the warring countries responded differently is, for Hull, the key to understanding “not just the differences between states, but the extent to which international law affected the conduct of the war.” (P. x.) The Great Powers disagreed about the concept of non liquet, or gaps in law. For Germany, the spaces of international law left undetermined at The Hague were free zones of action where Notstand, or necessity, made right, particularly under conditions of rapidly changing warfare. The Allies, by contrast, argued (and, Hull stresses, really believed) that those empty spaces were governed by customary international law.

Hull bases her history on a systematic study of diplomatic correspondence in Britain, France, and Germany (with attention to the crucial role of nonbelligerent powers). She has a gift for presenting international law as both a set of ideas and a pattern of practices, nimbly reading diplomatic archives against the grain to suss out what law does as well as what lawyers say. Not every page of A Scrap of Paper makes for exciting reading—even for a First World War geek like myself—but Hull makes the tepid prose of diplomatic archives come to life and is particularly good at showing readers the serious interests and scurrilous motives at work behind apparently passionless memoranda.

But did international law matter? Cynics will say no, and in the end, it is to “self-styled ‘realists,’ international-legal skeptics, cynics, and pacifists alike” (P. 322) that A Scrap of Paper is addressed. Hull’s conclusion that law mattered more to the British and French—whose law officers offered “inconvenient opinions in clear language much more frequently than in the German records” (P. 323)—thus places greater responsibility for the war on German shoulders than suggested in recent historical accounts such as Christopher Clark’s The Sleepwalkers: How Europe Went to War in 1914 (2012). In his June 5, 2014, review of Hull’s book in the Wall Street Journal, historian Samuel Moyn notes that Hull overlooks the fact that deference to international law was a privilege of British strategy (whereas German military planners could imagine no alternative to an invasion of Belgium). That strikes me as not entirely fair, as Hull notes that German leaders “repeatedly identified both impending defeat and probable victory as the conditions under which they would openly adopt flagrant violations of current international law. … In the first case, they had nothing to lose; in the second, they would be powerful enough to set the new legal foundations of the postwar order.” (P. 321.) But Moyn is right to flag Hull’s unstated assumption that a more lawful war would somehow have been a more moral one.

Indeed, Hull approaches her work with a humble faith in international law, and in the end, many readers will set down A Scrap of Paper with a scrap of hope. Hull sees important legacies emerging from the making of international law that followed World War I’s all-too-frequent breaking of it: “trials for war criminals, including heads of state; the condemnation of aggressive war; the strengthened prohibition of poison; and the elaboration of humane treatment for prisoners of war.” (P. 329.) Mere scraps of paper, yes, but precious ones, with histories that have never been examined so carefully before.