The Injustices of Workers’ Compensation 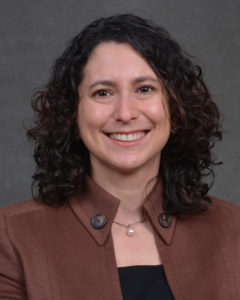 On June 30, 1900, hotel laundress Nettie Blom operated a machine called a mangle, which used steam power to iron linens. In a tragic moment, the machine pulled in her hand and crushed it. How do we understand the historical and moral meanings of Blom’s injury? Do they lie in the excruciating pain she suffered during the accident or in its aftermath? In Blom’s loss of capacity to earn her livelihood? Or in her inability to continue to do the things she once enjoyed doing with her hand, from household crafts to engaging in a caress? Nate Holdren’s deeply thoughtful and important book, Injury Impoverished, which tells the story of the rise of a workers’ compensation regime in the early twentieth century, begins with Blom’s story and these questions.

In exploring their answers, Holdren investigates how individual workers, union leaders, insurance executives, major employers, and state administrators thought about the employment relationship. Ideas rather than narrative drive the book’s structure. Holdren draws explicitly on multiple political and legal theories to analyze evolving social and legal conceptions of disability, risk, and employment. In particular, Holdren uses the political theorist Nancy Fraser’s argument that justice requires both egalitarian redistribution and recognition, or treatment with dignity and respect. Holdren reminds the reader of “the old strike slogan . . . people need both bread and roses.” (P.12.) He argues persuasively that the workers’ compensation laws made partial strides toward distributive equity, while sacrificing recognition for workers’ full humanity.

The first half of the book evaluates the shift from a common-law regime for redressing workplace injuries to a modern administrative system. Holdren describes the tort doctrines that resulted in the denial of compensation to workers under the common law: the fellow-servant rule, assumption of risk, and contributory negligence. Though these doctrines are familiar to legal historians, his analysis is more surprising. Holdren argues that despite its flaws, the tort regime had one advantage. It allowed for a morality play, in which the worker could describe her experience and account for the multiple meanings of injury in her life. Holdren likewise recasts the advocacy of reformers, including feminist attorney Crystal Eastman and journalist William Hard. Although they cared about the individual workers affected, these reformers turned to statistics to draw attention to the scale of workplace injury. Such abstraction commodified workers by objectifying their personal experience.

Holdren argues that workers’ compensation helped to usher in a new form of governance that Michel Foucault termed “biopolitics.” Government turned toward policy based on the classification of populations and the accumulation of statistical data regarding these populations. In the case of workers’ compensation, biopolitical techniques resulted in what Holdren describes as the “tyranny of the table.” (P. 5.) The tables that determined compensation levels calculate the financial value of workers’ body parts, apart from their whole selves. While this administrative regime resulted in greater rates of compensation, it also denied recognition for the particularity of individuals’ experiences. As an antidote to abstraction, Holdren offers an interlude that narrates a 1909 fire in a Cherry, Illinois coal mine, through the remarkable diary of Samuel Howard, a worker who experienced and died in the fire. At a particularly powerful moment in the book, Holdren invites his readers to say out loud the names of each worker who lost his life in the fire, as well as a wife known to have died of heartbreak.

The second half of Injury Impoverished takes a deep dive into the legal and financial mechanisms of the workers’ compensation laws, which forty-two states had enacted by 1925. One of the most interesting chapters of the book investigates the treatment of disabled persons who sustain additional workplace injuries. For example, Charles Weaver was already blind in one eye when a workplace injury blinded him in his second eye. Weaver’s case, and others similar to it, went to court. At trial, two views of the case dueled: Should Weaver receive compensation for his total incapacity, or was the employer’s obligation limited to that quantity of injury sustained in its specific workplace? When courts began to embrace the former theory of the case, the risk of additional liability led employers to avoid hiring what management at the Pullman Corporation termed “one-eyed men.” Employers’ implementation of workers’ compensation laws thereby helped to construct the category of disabled persons. The common law regime had resulted in the employment of partially incapacitated persons, though it often denied full compensation in the case of injury. By contrast, workers’ compensation regimes often resulted in the exclusion of disabled persons from the labor market altogether.

The selective screening of job applicants exemplified how insurance came to structure the employment relationship. Workers’ compensation laws mandated that employers either purchase state or private insurance to cover the liability associated with workers’ compensation claims, or self-insure according to specified rules. Employers responded by shaping their workforces to minimize risk. They discriminated against married men whose widows might claim death benefits. Companies hired medical directors to evaluate the health and capacity of potential employees, creating a new professional class of industrial physicians. Drawing on the scholarship of insurance scholar Tom Baker and political scientist Deborah Stone, Holdren shows how these practices delineated the boundaries of the populations that merited employment.

Injury Impoverished is essential reading for historians of labor and capitalism. It well compliments John Witt’s Accidental Republic, which examines the multiple legal responses to the late nineteenth century industrial accident crisis. In contrast to Witt’s emphasis on the contingency of the rise of workers’ compensation, Holdren focuses on the structural factors that limited worker agency once that regime came into place. Like Witt’s book, Holdren’s monographalso contributes to our understanding of the central role that insurance played in the emergence of both the American administrative state and modern ideas about justice. Like Dan Bouk’s How Our Days Became Numbered, Holdren’s book shows us that actuarial logic came to shape Americans’ everyday life, from work to people’s experience of their bodies, long before the contemporary Big Data Age.

Injury Impoverished has given me a new critical lens on workers’ compensation, which I will bring to the classroom the next time I teach employment law. This achievement of progressivism mitigated the social instability generated when disabled or deceased breadwinners could no longer support their families. Yet it also contributed to what Holdren argues was the “moral thinning of injury,” confining it to a financial calculus and reducing the layered, multiple, and complex meanings it held for injured individuals and their social relationships. Holdren brings a moral passion to his historical inquiry that is unselfconsciously evident on the surface of his text. It is informed but in no way delimited by his own experience of injury and workers’ compensation related in the introduction and conclusion to his book. By telling the stories of people like Nettie Blom, Samuel Howard, and Charles Weaver, Holdren has returned to these historical actors some of the dignity that the law earlier denied them.