Bargaining with the Soul at Stake: Early Modern Catholic Scholastics and Contract Law 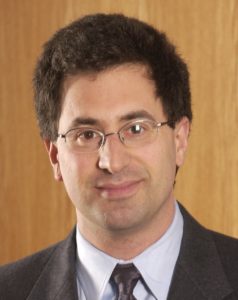 Decock’s judicious and insightful book participates in the rediscovery of the theological foundations of modern Western law.  With great precision he uncovers the debt that our contract law owes to early modern Catholic scholastic theologians such as Domingo de Soto, Luis de Molina, Leonardus Lessius, and Francisco Suárez.  These writers treated contracts not only as devices for the exchange of property.  They understood that contracting involved moral choices that could advance or retard justice and the prospects for the salvation of one’s soul.  In order to clarify these ethical dilemmas for Catholic confessors and for laymen wrestling with their consciences, scholastic theologians commented upon the ordinances of their own communities and the Roman law used throughout late medieval Europe (the ius commune).  Their works influenced early modern canonists, civilians, and natural lawyers and, through them, left an important mark on modern European and American contract law.

Decock focuses on how the theologians’ speculations led to the rise of the principle of “freedom of contract,” understood as the imposition of legal obligation solely through the consent of the parties.  The late medieval ius commune, drawing on Roman law, had allowed the creation of legal obligation through mutual consent only in certain areas, such as sales, leases, and partnership.  James Gordley and other distinguished legal historians have noted that scholastics went well beyond this inheritance to craft a generalized, consensualist “freedom of contract.”  But why in the sixteenth and early-seventeenth century?  The dominant interpretation has been that the acceleration of trade in the early modern period and the stirrings of “market capitalism” invited moral theologians to consider commercial transactions not adequately treated in the ius commune.  Although Decock accepts this interpretation as a partial explanation, he innovates by insisting that theologians thought that freedom of contract would facilitate the saving of souls.  The greater the realm of freedom among contracting parties, the greater their ability to pursue virtue, accept moral responsibility, and encourage trust—or the reverse.

Decock pursues his theme in a number of steps.  He first reconstructs the context within which his Catholic scholastics operated: rivalries between religious and secular authorities; extensive legal pluralism featuring numerous conflicting tribunals and sources of doctrine; theologians’ service as dispute resolvers and as advisors to rulers; and the profound “juridification,” or melding of law and theology, in early modern works on conscience.  He then explores how theologians reworked the ius commune to generate the concept of “freedom of contract” based on the mutual consent of the parties.  But this principle was not absolute.   The scholastics’ theological preoccupations led them to impose a number of limits on freedom of contract, a theme pursued at length in the final portion of the book.  “Vices of the will” might negate the meeting of the minds essential to contracting through consent.  In the pursuit of the common good, rulers could impose formalities that required more than consent alone to create contracts.  Finally, theologians ruled out unethical bargains (prostitution, for instance) and contracts that too greatly upset norms of fairness in exchange.

Decock’s deeply researched, judicious monograph is of interest to scholars of contract and to early modernists.  To the former he offers an alternative historical genealogy for the regime of freedom of contract (and its accompanying limits).  Although the impact of scholastic texts has long been noticed, Decock recovers the moral and eschatological motivations for legal ideas that we now discuss in practical and economic terms, having forgotten their theological provenance.

Early modernists will deepen their appreciation of the cross-fertilization of religious and legal ideas and the jurisdictional conflict involved in the governance of conscience.  Late medieval and Renaissance Christians subjected the soul no less than the body to rules and discipline.  They spoke of the conscience as an internal forum, a kind of jurisdiction, operating in the believer’s heart and mind and in the confessional.  This internal forum cooperated with the external forum of the state but was not reducible to it.  In respect to contract, theologians fused divine, natural and civil law to craft the principles governing the believer’s conscience and to suggest principles for the ruler’s tribunals.  This sustained effort by early modern theologians and jurists to chart the rules of the internal and external tribunals and to lay out the boundaries and modes of interaction between them was present not only in contract law but in nearly every contested area of life, from political oaths and allegiance to tithes, usury, and church/state relations.  Decock’s careful study of scholastic contract law thus illuminates larger issues.  First, the tension between the conscience and the state—understood as a kind of jurisdictional conflict between internal and external fora—adds another layer to our understanding of early modern legal pluralism.  Second, Romans 13:5 instructed Christians to obey rulers’ law not only for fear of temporal punishment, but for conscience’s sake.  Protestants as well as Catholics understood this verse to mean that violation of certain laws, if unrepented, put the soul in danger of damnation.  Scholastics worked so carefully on contract, as on other legal/theological issues, in order to alert the conscience to dangers and to offer reassurance to jittery or over-scrupulous Christians wary of acting.  The threat of damnation made the stakes profound.  Decock’s study, of great value in its chosen field of contract law, helps us better understand the implications of the juridification of conscience for early modern politics and society.