Integrating Spaces: The Fight for Sex Equality in Public Accommodations 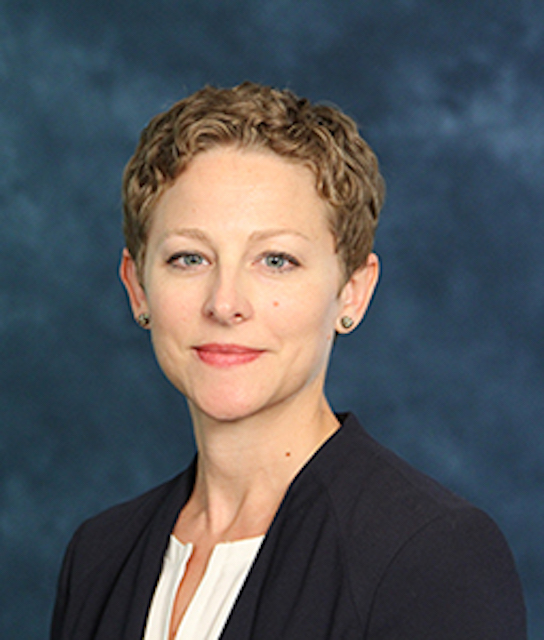 Advocates of equality breathed a sigh of relief when the Supreme Court issued its opinion in Bostock v. Clayton County, interpreting the word “sex” in Title VII to include employment discrimination based on gender identity and sexual orientation. Title VII is just one part of the sweeping and historic Civil Rights Act of 1964 (CRA), drafted primarily to help remedy the scourge of racial discrimination across various areas of public life. Representative Howard Smith inserted the word “sex” in Title VII towards the end of the drafting process, not as a means to sink the act (as the apocryphal story goes) but at the urging of feminist activists.1 Probably even more controversial than Title VII at the time of the CRA’s passage was Title II, prohibiting discrimination based on race, religion, or national origin in public accommodations. No lawmaker added “sex” to this provision, and it remains absent today in this provision of the statute.

Perhaps this absence helps to explain why legal historians have paid scant attention to the achievement of sex equality in public accommodation laws. Elizabeth Sepper and Deborah Dinner make a major corrective in their excellent article, Sex in Public. They present a broad-ranging and timely discussion of the wide variety of forms of sex-based discrimination in public life in the 1960s and 1970s. They recount the tireless efforts of feminist activists to dismantle these forms of sex segregation. Activists were motivated in part by a radical vision of sex integration that was never quite realized in the law. As the authors show, this recaptured vision has the potential to help to inform today’s fight for full inclusion of members of LGBTQ communities.

The first part of the article recounts the many forms of sex segregation that were commonplace in the 1950s and 1960s. One important service that the authors provide here is simply to remind us of the ubiquity of these forms of subordination in our not-so-distant past. Women’s participation in public life was severely hampered by exclusionary practices across a range of businesses and organizations. These everyday humiliations were not just a matter of a lack of market access but also about exclusion from public life writ large. As the authors show, restaurants across the country barred women during male-only lunch hours (or, in the case of “men’s grills,” barred women all the time); bars refused to serve women unless accompanied by a male companion; clubs of all stripes denied women memberships; banks discriminated against women in their lending policies; and leisure and athletic activities for women and girls were either subpar or nonexistent. Custom and law endeavored to protect these male-only spaces across wide spans of leisure and professional life.

The civil rights movement provided a blueprint for attacking these forms of gendered exclusion. Black Americans had fought relentlessly, at great personal cost, for full inclusion in spaces of public life, which came to be referenced broadly in the law as places of public accommodation. When Congress finally passed Title II, it mandated nondiscrimination not just for inn keepers and common carriers but also for “places of amusement.” State governments passed their own public accommodations laws, and these were sometimes even more expansive in their lists of covered businesses.

Part II of the article describes the broad contours of the mobilization for sex equality, showing how feminist activists built on this foundation of nondiscrimination based on race. The National Organization for Women – led in part by Black activists Pauli Murray and Anna Arnold Hedgeman – made achieving nondiscrimination in public spaces based on sex a key early initiative. Other feminist groups and individual women lawyers would take up the fight as well. Their efforts included a range of responses, from picketing, protesting and letter-writing campaigns to lawsuits and lobbying. As the authors show, activists were quite successful at the state and local levels.

By the end of the 1970s, a vast majority of state public accommodations laws included sex among the protected categories, and states and cities established human rights commissions to hear complaints of discrimination. (Federal law was a different story. Because feminists were focused on passage of the Equal Rights Amendment during this time, they did not expend a lot of effort on amending Title II, and sex discrimination still is not included.)

Parts III, IV and V each take up different dimensions of this fight for public inclusion and against discrimination. Each section uses case studies to explore the layered meanings of sex integration and to explain where the movement succeeded and where it failed. Practically speaking, the fight for access to public accommodations was about ensuring that women could participate in the public sphere without regard to their gender. This entailed opening up previously all-male spaces to women and guaranteeing that women could participate in the market without the need for a male companion or guardian.

These ideas themselves were perceived as somewhat radical at the time but became mainstream fairly quickly, as most businesses dropped their exclusionary policies under pressure of these changing norms and new state and local laws. Among many victories, United Airlines stopped running an “executive flight” that was for men only, press clubs finally admitted women on equal footing as men, financial institutions began to offer credit to single women without a gender penalty, and women could order a drink at the bar without being told they had to wait for their male escort.

One of the most important contributions of the article is to show how this vision of sex integration went beyond just opening spaces to rethinking sex difference altogether. In their fight for full inclusion, feminist activists were pursuing “transformative integration” (P. 128) by challenging deep-seated markers of difference. The authors focus on two particularly revealing areas of mobilization: sports and restrooms. Activists pushed sports leagues to mix girls and boys in sex-integrated play, rather than dividing them into “separate but equal” sex-specific teams. Likewise, activists pushed for unisex restrooms. As the authors note, “Feminists saw sex-segregated bathrooms – rooted in norms about sexual privacy and feminine vulnerability – as connected to the subordination of women in economic, political, and civic spheres.” (Pp. 136-37.) They were driven by a vision of gender freed from unwanted sexualization.

Sepper and Dinner argue convincingly that those pushing for public accommodations laws, as well as those opposing them, knew that what was at stake was not just greater freedom for women but also societal notions of gender identity and heteronormativity. Sex discrimination was understood at the time not only to include the exclusion of women from male spaces but also the problems of compulsory heterosexuality, gendered dress and hegemonic masculinity. Activists challenged the entire premise of ascribed gender difference and its deleterious effects on public life.

Ultimately, this challenge to sex norms had only partial purchase. As with many promises of the foment of the early 1970s, a more radical vision was gradually eclipsed by a more conservative one. The shift was due in large part to a right-wing backlash, led by conservative activists like Phyllis Schlafly. But the authors note that the change in emphasis also resulted from strategic choices by some women activists to seek equal access rather than full equality. Fearful of losing ground, some accepted the path of less resistance, and this was reflected in the public accommodations laws over time. Title IX, for example, revolutionized sports for women and girls, but the regulations ultimately adopted a parity model as an acceptable substitute for full gender integration in sports. As “separate-but-equal” emerged in these areas of public life, the more expansive visions of sex integration faded.

Sex in Public teaches us that many possibilities were on the table in the 1970s. This is a point that hopefully will not be lost on activists today, who continue the fight for radical inclusion of all people in public life.